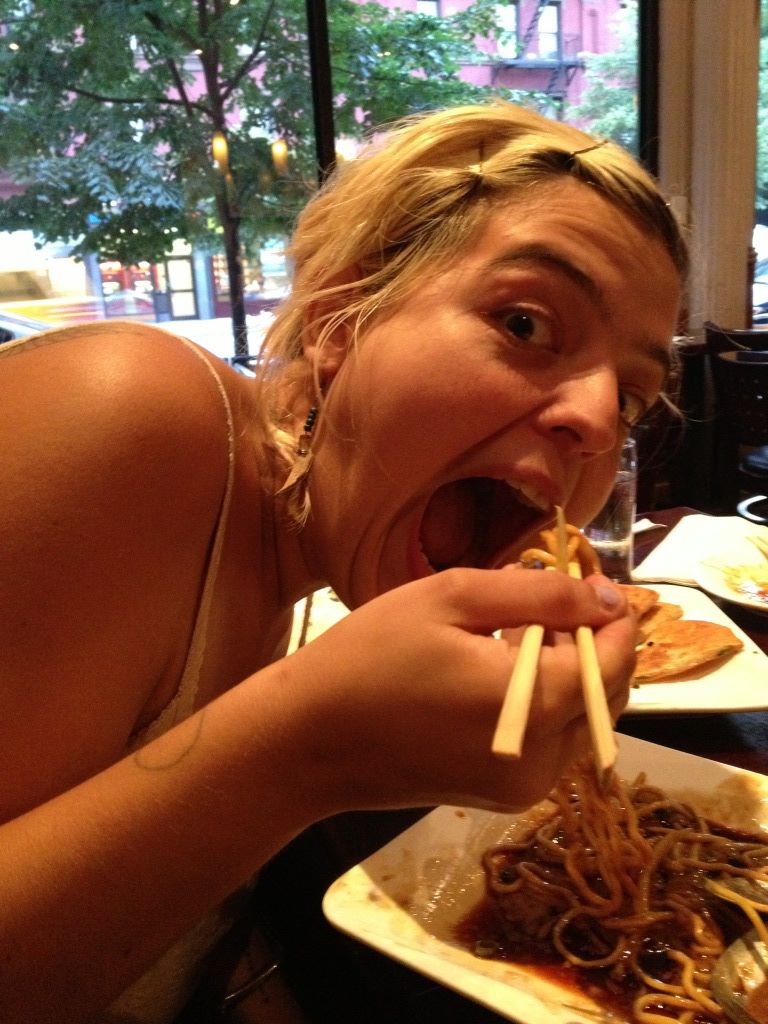 july 1979 new york city had a garbage strike going on and lisa and i visited keith watson. he lived somewhere around 69th street near the park. it was a basement apartment and had no air conditioning and the garbage was piled up on the street outside his little basement window. this was our very first visit to nyc and we were deciding to move to boston. while walking in manhattan, in the heat, and the garbage, i promised my tennessee girl that we might move to boston, but i promised i’d never ask her to live in new york city.

never say never. we ended up moving to manhattan in 1983, lived there for 11 years and then up in rockland for another 10. but that’s all another story.

during that first hot, smelly visit keith did me the biggest favor of all the big favors he’d do in my life: he took me to a little restaurant on the corner of 70th and columbus that doesn’t exist anymore and made me eat cold spaghetti and peanut butter. that’s what i thought at the time, but over the years i acquired a taste for what is known by those with more highly evolved taste buds as cold noodle in sesame sauce; over the years shortened in my family to just ‘cold noodles’.  and over the years i found the place i think serves them better than anywhere in the world, and yes i’ve searched the world over. but empire szechuan on 68th and columbus, which has been in existence for nearly 40 years, is worth traveling across the country just to eat cold noodles. you can find cold noodles in everywhere chinese restaurant in nyc, but the only ones that are the same, consistent, never will let you down cold noodles are only found at this one spot on the planet. and it’s across from the magnolia bakery… banana pudding heaven… so, there’s that.

we visit twice a year to see lisa’s doctor; and when we go i’m looking forward to two things: lisa getting a good report and , yeah, cold noodles.