“Give us this day our daily bread…”

I’ve been saying that prayer since I was child. And seems like it’s been answered with a ‘yes’ my whole life; not only for me but for my family, and especially for Lisa. In her case, it’s Dave’s Killer Bread, Powerseed, that makes it possible for her to have toast or a sandwich. Most breads, even the organic ones, are sweetened with cane sugar; a no-no for Lisa. But Powerseed uses organic fruit juice as a sweetener.

When we first started this protocol, in 2010, everything was daunting. Lisa was diagnosed with late stage non-Hodgkins, small cell Lymphocytic Lymphoma. Mainstream oncologists said that there was no cure and that all we could do was ‘watchful waiting’ which meant wait until she was in the final stages of life and try life extending means, like chemotherapy. Since it’s incurable the chemo, which only helps in about 30% of the cases, wasn’t something we’d ever look forward to

Portland has only one specialist for this type of lymphoma. When we visited him the first time, a youngish oncologist who we’ve come to like, he asked us if we wanted the truth. Of course, we both answered; don’t sugar-coat it. Please be blunt. He nodded and said:

“This is going to kill you Lisa.”

He then proceeded to tell us that at her late stage she had maybe 48 months and then she’d be in the final stages of dying and at that time he’d want us to go to chemotherapy as a life extension means; maybe even a bone marrow transplant, though those have even a smaller percentage of success and can sometimes kill the patient.

Fortunately, a long time friend, Dr. Nicholas Gonzalez, took Lisa as a patient and immediately put her on his enzyme therapy protocol. The protocol is made up of 3 things: 1). the daily dose of 120 enzyme pills intended to fight the cancer and prevent it from advancing. 2). a totally organic diet, balanced and specific for Lisa’s needs; as well as over 80 pills… supplements… to assist her health where food alone isn’t enough; and 3). daily organic coffee enemas to aid the liver in flushing the dead cells and toxins created by the enzymes battling the cancer. 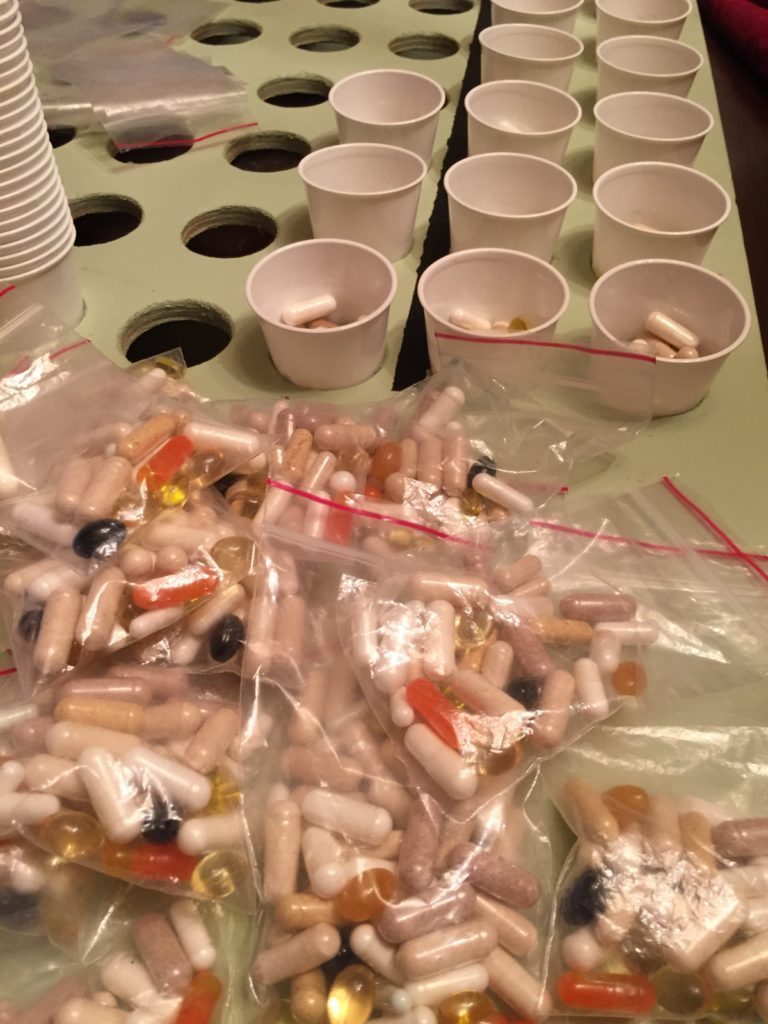 Once a month, every month, Lisa packs over 6600 pills into these little packets.

We’ve had friends who were patients of Dr. Nick before and the second we got the scary news that Lisa needed to see an oncologist I dug the juicer out of the cabinet and started pouring carrot juice down Lisa’s throat. 37,960 ounces of carrot juice later, Lisa is doing great. 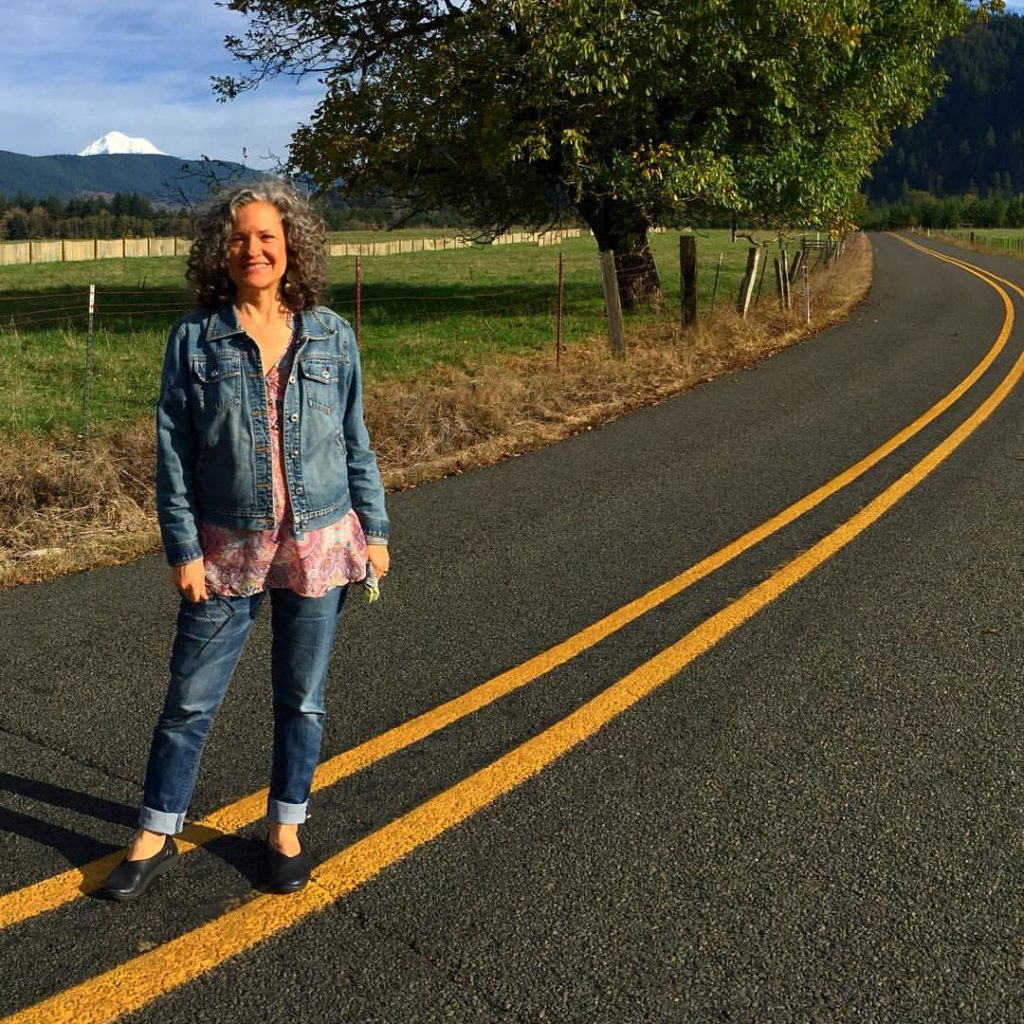 Going back over six years, to that day in March when we first found Lisa was sick and we were terrified, it would have been hard to believe we’d make it through all the things that we’ve made it through; all the life changes. All the pills. All the carrot juice.

Later that year, back in 2010, when we went to see that same local oncologist for a second visit, 6 months after his first prognosis, we told him about Dr. Nick and about the protocol which Lisa had started. Like many doctors, he’d never heard of Dr. Gonzalez. We began describing the protocol and when we got to the part about juicing and enemas, he rolled his eyes.

“Did I just roll my eyes?” he asked somewhat apologetically.

“Yes Doctor, you did.” I answered.

Dr. Nick’s protocol is revered by folks like us and reviled by many critics. Much of the logic of the protocol rests on the idea that your body, in good health, is built to be the best weapon in fighting many diseases. The balanced organic diet, juicing and supplements are all designed to help get your body in peak good health; a challenge for someone not already fighting cancer. An act of desperation for someone who is fighting for their life.

The idea of coffee enemas goes back over 100 years. It was discarded by many as quackery. But like  I said, you’re either one who reveres or one who reviles. Lisa is still here. Her expiration date was over two years ago. She blew that sucker away. Coffee enemas are a fact of life in our house.

Nick would always say that he loved coffee, just as long as you took it in the correct end. That’s the most I ever heard Nick joke. He was a serious medicine man. He didn’t think drinking coffee or much of anything besides reverse osmosis water, or natural spring water, was good for you. But he believed in taking in your daily coffee. With a long enema tube… think 14 to 16 inches inside you… the caffeine stimulates the ducts in the lower part of the liver to help flush out more toxins than the rate at which the liver normally does so on its own. When describing the protocol, the enemas easily get the most ‘eye rolls’ from the uninitiated. I usually only tell the seriously interested. But adjusting to the whole protocol is a daunting prospect at first in every area.

When first introduced to this protocol, the way the schedule changes your life is hard to fathom. When Lisa started the enzyme therapy lifestyle, I bought white boards which lived on our bedroom wall for six months:

Hard as it is to believe, after six months all of this was rote; I took the boards down and hung up apretty picture of her and me when we were young, dumb and drunk on love. Never have sobered up… 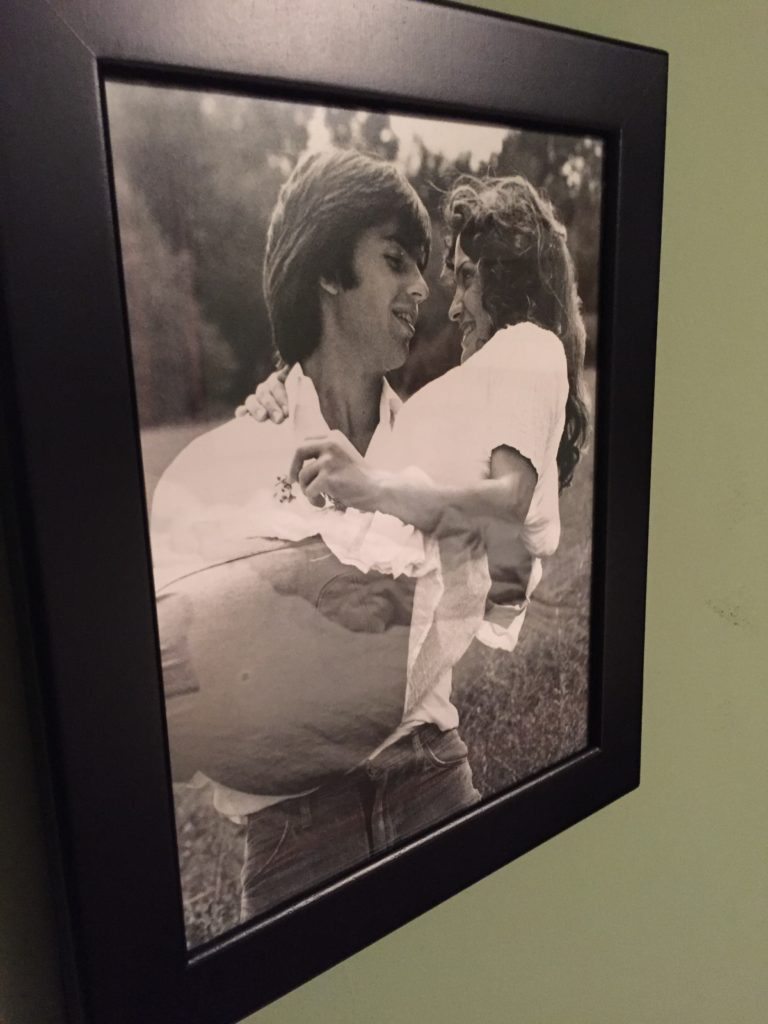 … and this protocol, well it’s been Lisa’s lifestyle for going on seven years now, and she can do it in her sleep. In fact, some of it, she does in her sleep. You take the pills around the clock.

But, to be fair, Lisa’s the first to tell you that it’s not a total sacrifice to be on her diet. Yeah, she can’t have white sugar, white flour, white rice… Doritos Nacho Cheese Corn Chips, which she loved; soda and pizza; popcorn at the movies. But her diet is super super well balanced: meat, fish, poultry, fruit, veggies, cheeses… and I’m going to stop reminding you everything has to be organic. No preservatives, chemicals, additives, hormones… stuff none of us should be eating anyway.

And very often things labeled ‘organic’ would still have ingredients that are taboo for Lisa: soy, cane sugar, and certain seeds or oils that are specifically forbidden on Lisa’s protocol. Which brings me back to Dave’s Killer Bread.

I’d go to the store and read the labels, looking for organic foods which were already prepared but  were fresh and were allowed on Lisa’s diet and one of the impossibles to find was bread. I’d search and search, reading tiny microscopic ingredient labels trying to find what I thought was acceptable only to realize it was sweetened with sugar or had soy or some other ingredient Lisa couldn’t have.

Then I found Powerseed. I couldn’t believe it. And the folks baking it are here where I live. We called them and went through the ingredients. It was like finding water in the desert. 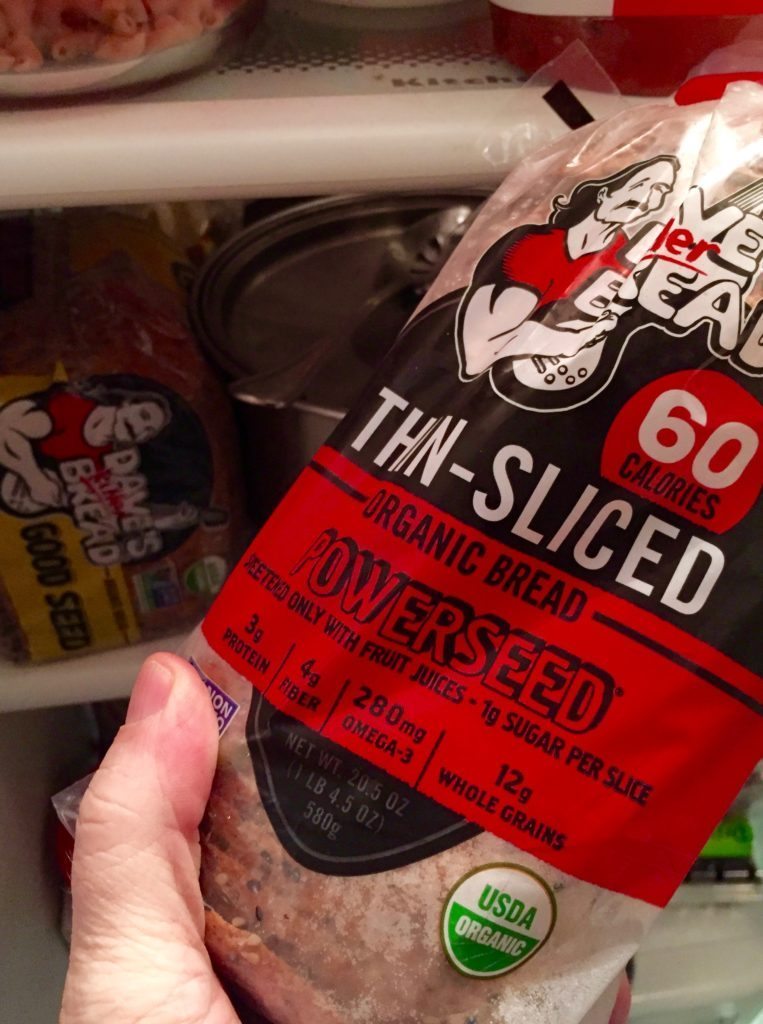 I don’t usually get thin-sliced… just realized I need to run to the store. Thank you, God, for stores…

Once every six months we go to NYC to see Lisa’s doctor, Dr. Linda Isaacs. https://www.drlindai.com  We lost Nick last year; he died suddenly at the age of 67 from an apparent heart attack. Dr. Isaacs has been Nick’s partner from the beginning of his practice. She’s also been a dear family friend for years.

When we travel all the way to NYC we spend at least a week there. We have dear friends who live in Rockland County… they’re really as much family as friends, if there’s any difference in the two… and my buddy and I have learned the stores to shop for Lisa’s diet, because every time we arrive we have to stock up on the organic food Lisa needs for that week. Last year I was so thrilled to find out that Dave’s Killer Bread has expanded to all 50 states and I can always find Powerseed on the shelf of my go-t0 grocer in Spring Valley. One less thing to carry on the plane.

I got real interested in these guys. The Dave’s Killer Bread guys. Their story is amazing. Lots of Portlandians think they know the whole story, but most of us missed the real story. I’ve included a link that you really should invest some time to watch:

So, thank you God for our daily bread. And thanks to you, too, Dave and all the gang who had the heart and vision to go a different route. You’re a treasure to more folks than you may know.

And one last thing. The oncologist here in Portland who rolled his eyes. We see him once every year or so. He always says the same thing; “Lisa you look great, keep up whatever it is you’re doing.”

I asked him, “It’s been over six years, doc. You told us there was nothing but ‘watchful waiting’ for this disease. Have there been any new developments on your side of things?”

And he proceeded to tell me about a few hopeful directions and possibilities. But then he paused, and smiled and looked at me for a moment before he said…