my buddy rick biordi is the best guitarist who’s ever let me play beside him. now, i’ve had some great friends i consider great guitarist. and i’ve known some great guitarist who are barely more than acquaintances. but rick is both a friend to me and a fiend on the guitar. he’s trying to get people on Facebook to ‘like’ his band page. he asked me to help. i’m going to be needing a lot of favors from rick so i’m doing this hoping for a life time of quid pro quo. so if you are a Facebook person please stop reading this and click on this link and ‘like’ it: https://www.facebook.com/RickBiordiBand/?fref=ts

denis ridgeway taught me my first chords when i was 14. he can’t really take credit for being the first person to put a guitar in my hands. 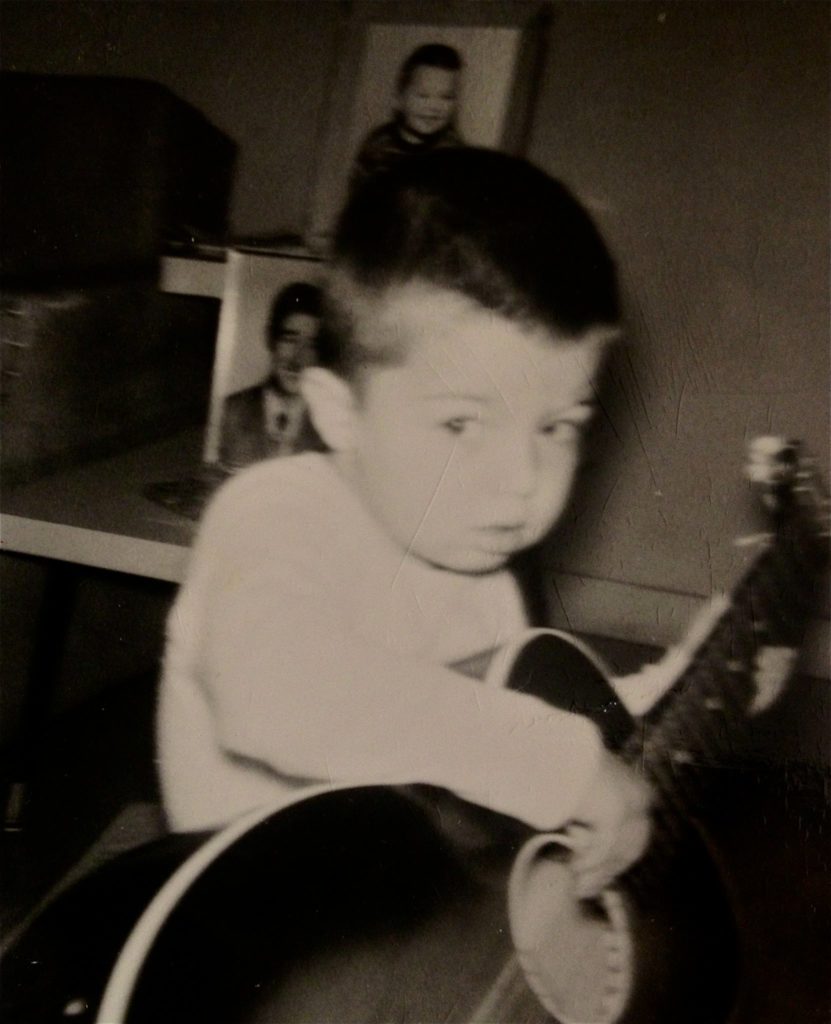 that was done long before i met denis. i’m pretty sure this was a christmas present, but i didn’t stick with it. like i said, i was 14 before i learned the first thing about a guitar. i met denis in 9th grade and he taught me how to play several chords, with which i instantly wrote my first song, ‘hey girl, i love you’.  yes, i remember that song, and the girl.

i never learned to play a trumpet: 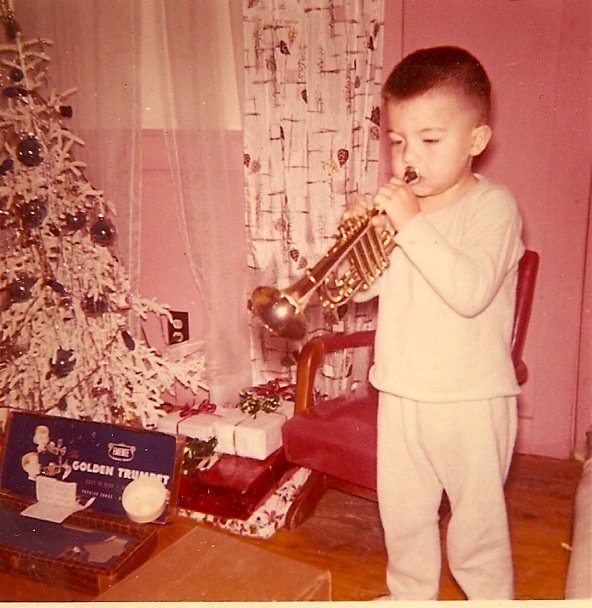 however, i was the official bugle blower for two different boy scout troops.

steve stewart was maybe the first musical genius i could call a friend. we met the first day of my freshman year of college. we stayed up all night playing guitars. we both had a huge repertoire of songs; from ‘hey girl, i love you’ kind of stuff to james taylor rip offs. stewart is a great guitarist. sometimes we sounded good together, sometimes not. by himself, he always sounded good. but he couldn’t always make me sound like i should even try. and i could make him sound bad. i can’t find a picture of stewart with a guitar, which is odd because all we did in college was take pictures and play guitars. but i found this one. it’s in front of my grandpa’s house. 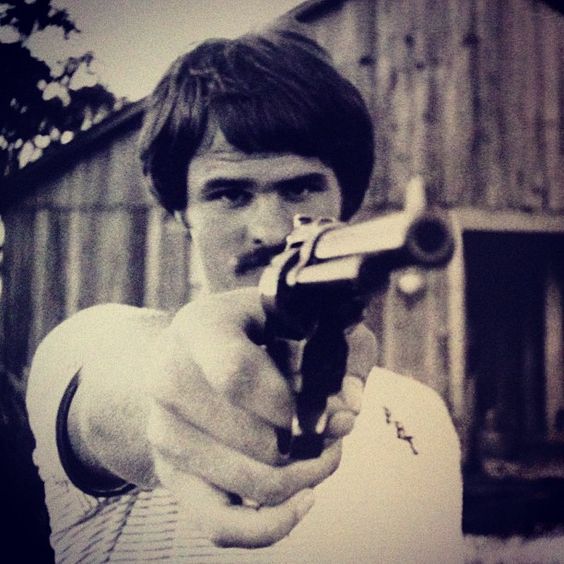 the funny thing about this picture is that we both weren’t really ‘gun’ guys. still aren’t. but the caption for this picture is him saying, ‘put down the guitar, johnson, and back away.’

before i get into too much trouble let me be quick to say that my friend art is a great guitarist. certainly the most successful guy i’ve ever known who has written about 6 platinum albums using his guitar skills to underscore his real forte which is writing lyrics. and though i cherish the few times art and i have played together, it’s kinda like when i played with stewart. if you’ve ever played tennis with a severely un-equal partner you know exactly what i’m talking about. sometimes a better player raises the lesser’s skills, but often as not a bad player can mess up a good player’s game. so art and i usually do other stuff and leave guitars alone. 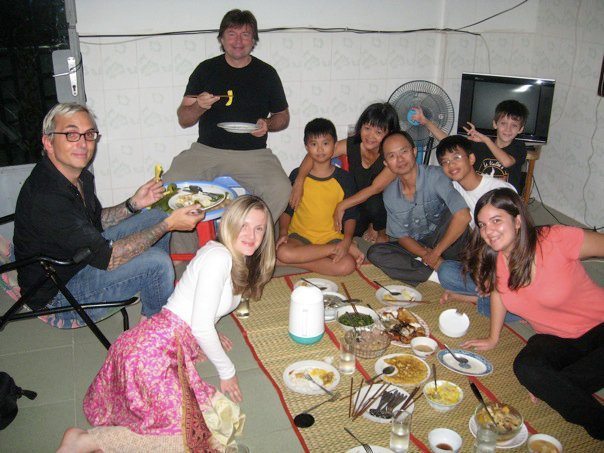 but if the tennis analogy is working for you, understand; rick is the kind of guitarist who raises the game for a mediocre player like me. again, if you’re still reading, stop; go to https://www.facebook.com/RickBiordiBand/?fref=ts and ‘like’ him.

this july rick is going to be helping with two special close out sets called ‘beyond reach’ in the edward jones dome of st. louis. 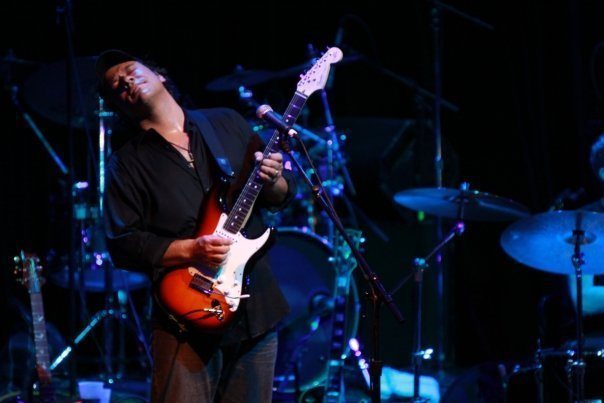 along with j. brian: 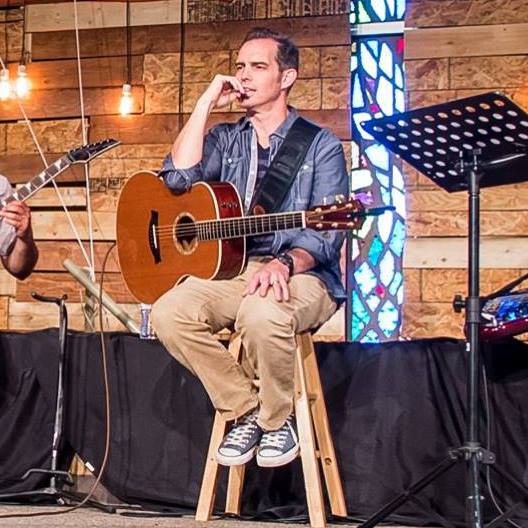 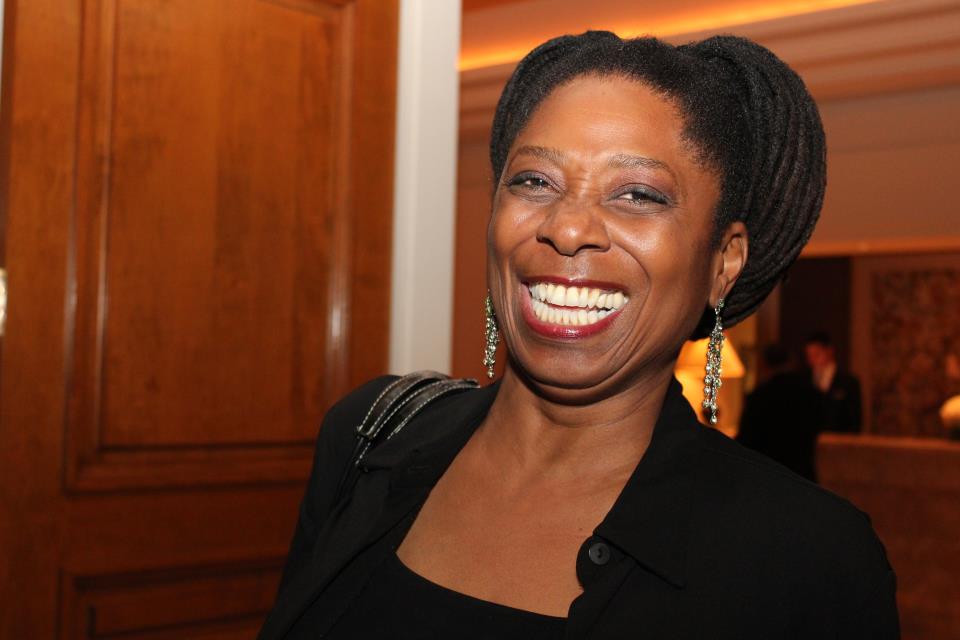 and the original Abbie in our musical ‘upside down’, teresa: 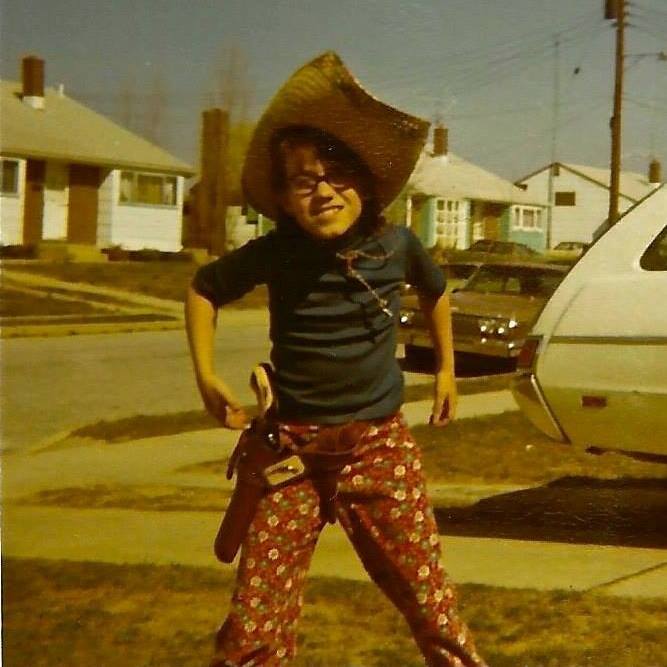 and a few more special friends like, i’m not saying right now, they’ll be helping sherwin and me tell a new story here:

and if you haven’t done so already, buy your ticket for ‘upside down’ 2016 here https://upsidedowntheatre.com

tell em the kid sent ya!