to all of you who have bought tickets for our show in july, thanks! thank you so much! we hoped there would be enthusiasm for a new production of Upside Down, but hey; we’re old. we wrote the show first time 30 years ago. there’s 30 year old people walking around who were born when we first started putting this together. weird.

ticket prices go up tomorrow night at midnight. there’s only grand tier and upper tier seats available. well, there’s only grand tier (which is the lower of two balconies) for sunday matinee. some people would say those are the best seats left for our show. they cost $15, while the upper tier is only $10. but if you’ll consider the source, and remember i can’t see past my nose anyway, they’re all good seats. it’s going to have a lot more to do with who you’re sitting with than where you’re sitting at this point.

sherwin and i, along with our children and some very special patrons, are producing this show ourselves. we chose ticket leap as our vendor and we can see, obviously, how the ticket sales are going. i look at a screen off and on when i’m home, and see this. 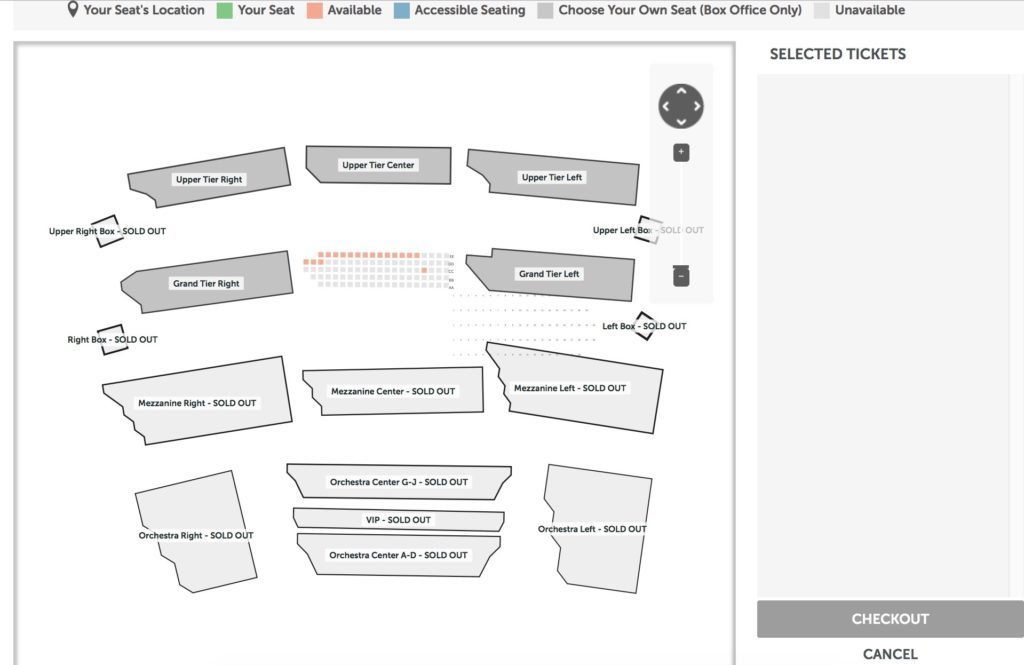 this one shows you the sunday grand finale show; and it’s the only show that still has grand tier seating. (UPDATE: i was mistaken, there are still 4 grand tier seats available for thursday opening night ) for the rest of the entire run, only upper tier remains available, and that only thursday, friday, and saturday nights. saturday matinee is completely sold out. soon these last grand tier seats will be gone and only upper tier will remain and tomorrow night at midnight they will go from $10 to $15 a seat.

you see orchestra seats up close, mezzanine behind them, then go up; boxes on the side of first grand then upper tier. of course, the boxes are sold out up there, but maybe you get an idea of why i like this venue so much. it’s fairly intimate. for $10, if you like the show, you’ll get mesmerized, hypnotized, magnetized by the stage and think you’re living in the first century before we’re done with you. if you don’t like the show, heck, it won’t matter where you sit anyways.

i don’t want more money. that’s a lie, i always want more money, but not your’s this time. and it’s not that we have all the money we want, it’s just we’re getting real close to having all the money we need to produce this run of UD. and at this point i think it’s mostly kids who are going to need tickets. there’s less than the equivalent of a theatre full of seats; and all those seats are soon going to be upper tier. and i think that’s where the rowdiest theatre goers will be. and i expect that to be kids or anyone from missouri.

so i hope you all who don’t have tickets yet will buy them now, before we raise the price from $10 to $15. i’m not even going to mention the last grand tier seats. they’re selling off too fast even as i write. but more than anything, as an old guy hoping to make a difference yet before i go the way of all flesh; i’m hoping that a new bunch of young adults from the ages of 8 to 18 who don’t know this show, will get to see it.

to those of you who were with me there in boston in ’87, you’re going to love this version, but still pine for the first one. i think the first one was kinda like our little bitty woodstock. it’s grown more glorious in memory than we imagined it could on that hot day so long ago. this version harkens back to that day, but it is shorter. that will be a relief to many, but i know there are some of you who miss every second of it. and most of you are nearly 60 years old like me. God bless your hearts.

for those of you who saw the ’94 show, you’ll see similarities. i began with the same script we used then, added in some elements of ’87 i’d taken out; then wrote something different than anything i’ve ever written before. it’s still not what i’d do if i were starting from scratch all over again. how could it be? this show in many ways belongs to so many people who have owned it and want it to sound and look like a near child hood memory. and sherwin and i have changed so much from the babies we were when we first wrote it. but this version is without a doubt the best we’ve ever done. i believe it’s true to the spirit of the book of Acts and inspiring and fun. our new abbie and peter, and john zebedee, just to name three of our cast, are going to inspire you to remember the Lord and turn the world upside down! 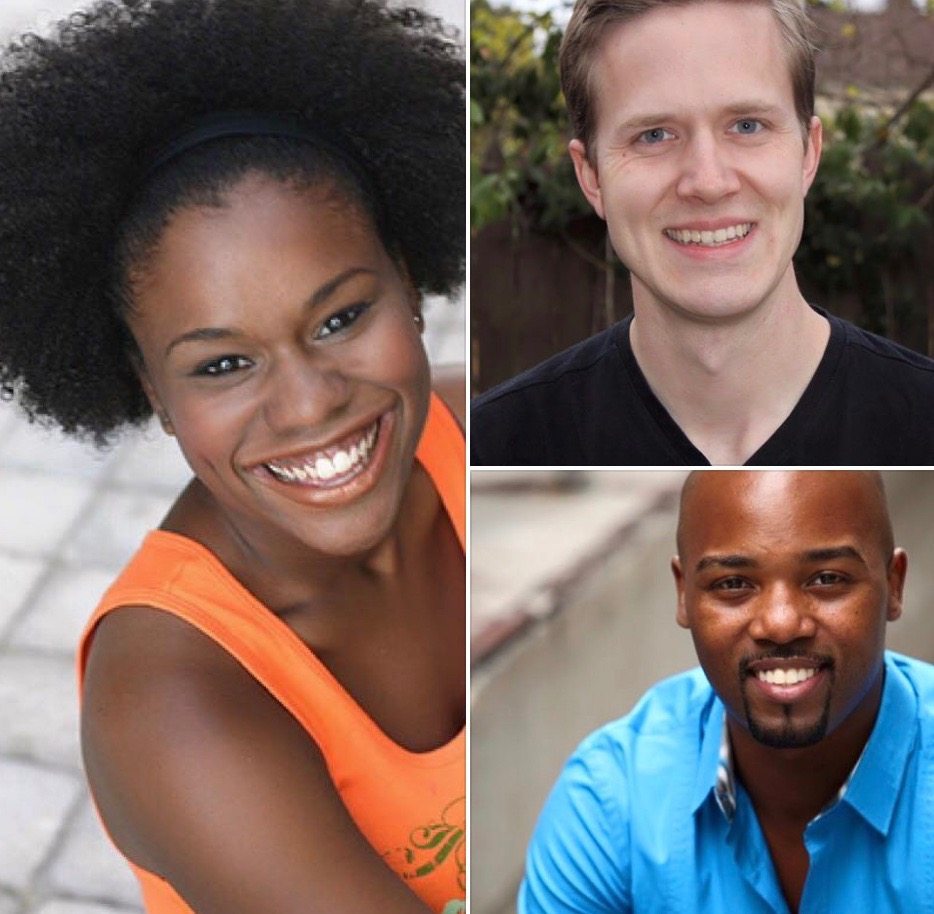 i’m rambling and want to tell a lot more, but for now, i mostly just want kids to get cheap tickets. we were told all along we’d sell out the shows and that our prices were too cheap. we stuck to our convictions that we only wanted what we needed to produce the best 5 shows we could. it looks like we’ll do that. thanks to so many of you.

but now, if you’re a youth leader, teen worker, elder, campus minister… church leaders are going to get to this conference and wish their groups were seeing this show together. there’s still a little time to make sure that just such a group experience can happen. and the seats are good, i promise. even if you can see clearly way past your nose.