Over 7 years ago we found out Lisa has an incurable and terminal cancer. She wasn’t supposed to make it this long, much less be thriving as she is. We’re God believing folks so we thank the Lord and all that, but we know that the protocol she’s on is a life source. Created by a dear friend who passed away year before last, the enzyme therapy that has been blessing Lisa isn’t covered by insurance and is expensive, but thanks to so many sources… our congregation, our friends, our family… the treatment has been available to Lisa without a hitch for nearly 7 years now.

When we were first facing the terrifying fact of cancer we were more than a little daunted. And the price of the treatment was a huge concern as well. But two things happened. John Louis, a minister and dear friend in Singapore, recalled a one man show I had performed years before and he had the idea to raise money for Lisa through me reviving the act. So with costume and beard in hand I flew to Singapore… and Jakarta… and Kuala Lampur… and John and the folks in Singapore, Malyasia and Indonesia raised over $20k for Lisa that first year.

The other thing happened about 6 months later and it was Jim Hesse, a great Christian man, world traveler and rascal all at the same time; entrepreneur extraordinaire and all around creative genius… introduced me to a guy that would become one of the best friends I’ve ever had in my life. I had called Jim asking him, “isn’t there something I can do that you can pay me $50k for ?” and after losing his breath laughing at me he finally said, “I’ll do this for you: you need to meet Ray Roske.”

Ray Roske is a capable man. 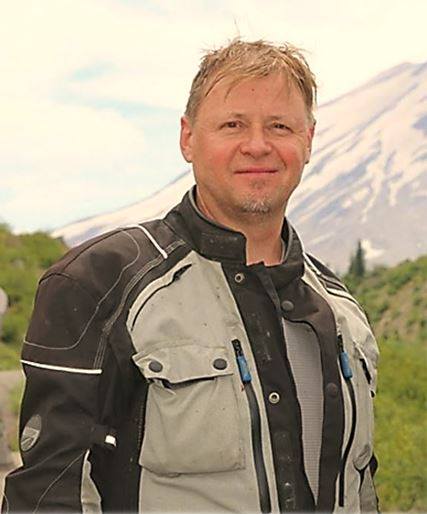 I first met Ray on the phone using the number Jim gave me. As it turns out, Ray is nearly as glib as I; so that first call was a long one, and the next one longer still. We talked a bit about our faith… as men in our particular church franchise are known to do… but soon the topic of motorcycles came up and the hours passed and the batteries on the phones drained as we became acquainted and hatched a scheme. Ray was very moved to help Lisa and her treatment and started me on a path of buying and selling motorcycles. Over the past 7 years I think Ray and I have bought, rode and sold about 18 different bikes, most of them being old Moto Guzzis or BMWs. 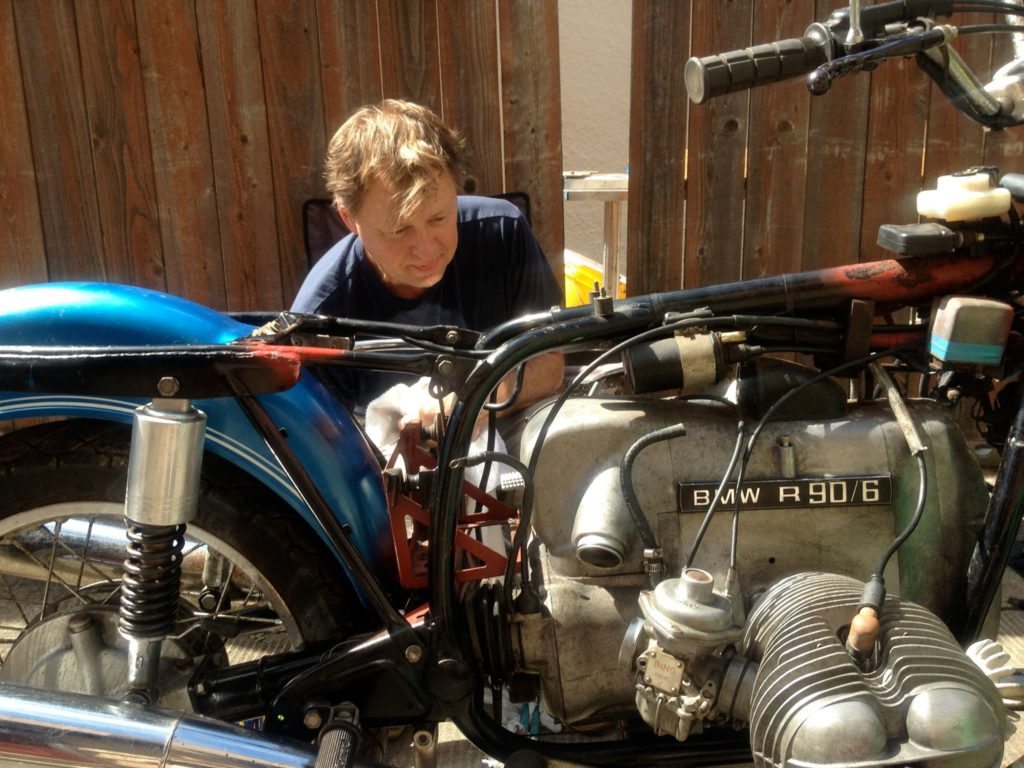 The formula for our success so far is pretty simple. Ray says you make money when you buy them, not when you sell them. I say, if it’s in his garage we make money; if it’s in mine, we lose money. I’m not a capable man. If I have a bike here in Portland and it doesn’t sell quickly I end up paying to get it on the road. Ray on the other hand cleans em up and moves em out.