Buzz is doing MUCH better tonight. And as much as we know so many of you would like to see him, trust me, it’s a good time to pray from where you are and keep your distance. Just let him heal up. Here’s why.

First of all, he’s naked. I don’t mean barely clad; I mean jay bird, day he was born, birthday suit “I’m hot and get this stuff OFF ME!” naked. After 40 years, I thought I’d seen all there was to see of Buzz, but not so. He truly has been compromised by this traumatic surgery and needs help doing the most private of things, which though I try to avert my eyes there are times if I don’t look we both might miss the targets aimed at.
My recommendation then, again, is this: until he decides to join the clothed part of the fellowship I believe it’s best you all just let me endure what I must endure alone… well alone and with a staff of giggling nurses. And if there is an unclothed part of the fellowship we need to contact them just in case…
However, if anyone has something like a selfie stick that can be used with this hand held urinal I’d appreciate borrowing it for a while. I promise that I’ll return it clean but with a story to tell. Second, the meds he’s on has him babbling. And were it nonsense that would be one thing, but problem is, it’s as if he was caught by the CIA and given truth serum. He’s ranting and raving but it’s all true! Telling secrets that should not be spoken. And it’s all stuff about, well, most of you. My eyes have seen things I can’t un-see, and my ears have heard things I can not un-hear, but I promise to keep it all to myself… and my 5000 friends on Facebook… and you all just need to keep to yourselves for a while longer… some of you might even consider moving out of the country… and I’ll continue to keep you up to date on his progress, and thank the Lord, there is progress. 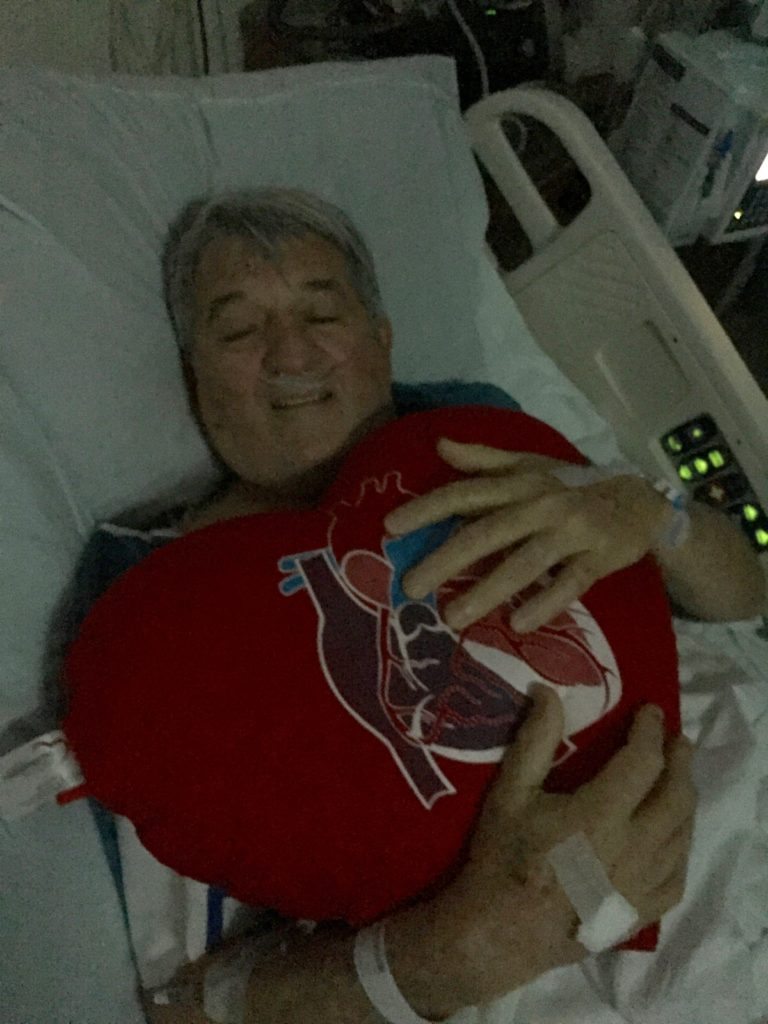