Standing in this room, with the commander and surely a few Roman guards accompanying him…

… Paul looked straight at the Sanhedrin and said, “My brothers, I have fulfilled my duty to God in all good conscience to this day.” 2 At this the high priest Ananias ordered those standing near Paul to strike him on the mouth. 3 Then Paul said to him, “God will strike you, you whitewashed wall! You sit there to judge me according to the law, yet you yourself violate the law by commanding that I be struck!”

Not exactly turning the other cheek there bro…

4 Those who were standing near Paul said, “How dare you insult God’s high priest!”

5 Paul replied, “Brothers, I did not realize that he was the high priest; for it is written: ‘Do not speak evil about the ruler of your people.’ ”

The court is thrown into that buzzing sound of more than 70 men all talking at the same time, some shouting, and if it was a tv movie set in modern day Po Dunk the judge would be pounding the gavel on his bench and yelling over the din, “oh duh een dah cowat! oh dah een day cowat!”

Paul is rubbing his stinging, reddened cheek and looking down a little apologetically.

Then with a sudden jerk. of nothing but eyeballs…

… Paul’s eyes look up before his head follows; and then, eyes widen even more, he smiles and:

6 Then Paul, knowing that some of them were Sadducees and the others Pharisees, called out in the Sanhedrin, “My brothers, I am a Pharisee, descended from Pharisees. I stand on trial because of the hope of the resurrection of the dead.” 7 When he said this, a dispute broke out between the Pharisees and the Sadducees, and the assembly was divided.

If it was loud before, it’s down right thunderous now!

8 (The Sadducees say that there is no resurrection, and that there are neither angels nor spirits, but the Pharisees believe all these things.)

9 There was a great uproar, and some of the teachers of the law who were Pharisees stood up and argued vigorously. “We find nothing wrong with this man,” they said. “What if a spirit or an angel has spoken to him?” 10 The dispute became so violent that the commander was afraid Paul would be torn to pieces by them. He ordered the troops to go down and take him away from them by force and bring him into the barracks.

11 The following night the Lord stood near Paul and said, “Take courage! As you have testified about me in Jerusalem, so you must also testify in Rome.”

Remember the beginning of what I called Part One back on Day 19? Paul had decided to go to Jerusalem and said, ” and after that I must go to Rome also.”

That statement which he made back then and the events taking place now seem to indicate that Paul knew he was going to survive this whole Jerusalem ordeal. Ok, the kicker of all that is: when every one was pleading with him not to go, we’re not so much watching a man marching to what he thinks might be his death. He thinks maybe, ” This is really going to hurt, but I will not let the Lord down. I love my Jewish brothers more than my own soul and I’ve got to give it one more shot. Then I’ve got to get to Rome. Go all the way to the top. See Caesar, tell him what Jesus told me to tell him. He’ll probably cut off my head, but if not him, I’ll go on and eventually, if I get to do this long enough someone’s gonna be a good shot with a rock to the head, or cut off my head, or …”

Paul knew he wasn’t getting out alive. None of us are.

If he had some prophetic way of knowing that he was going to survive Jerusalem, the picture is just a little different than the drama I’d imagined when I was younger: a brave soldier of Jesus going to Jerusalem to die, suffering much there, but… surviving!

And then the Lord says, “Now, go do all that again in Rome.”

But that’s not the picture the scriptures paint. That’s not the what the few clues Luke gives us say. Paul seems to have known all along he’d make it through Jerusalem bruised and bloody, and then go on to Rome. So, sad as it was; brave as it was to be marching toward a beating and be torn at by a mob; the story is Paul resolutely goes to Jerusalem and then on to Rome. Jerusalem is about to be behind him. He’s going to be taken to Caesarea in a moment, but let’s wait for that.

The Journey to Jerusalem is over, Paul is now about to leave; he’s on his way to  Rome. Part 2.
12 The next morning some Jews formed a conspiracy and bound themselves with an oath not to eat or drink until they had killed Paul. 13 More than forty men were involved in this plot. 14 They went to the chief priests and the elders and said, “We have taken a solemn oath not to eat anything until we have killed Paul. 15 Now then, you and the Sanhedrin petition the commander to bring him before you on the pretext of wanting more accurate information about his case. We are ready to kill him before he gets here.”

16 But when the son of Paul’s sister…

…heard of this plot, he went into the barracks and told Paul.

The centurion said, “Paul, the prisoner, sent for me and asked me to bring this young man to you because he has something to tell you.”

19 The commander took the young man by the hand, drew him aside and asked, “What is it you want to tell me?”

20 He said: “Some Jews have agreed to ask you to bring Paul before the Sanhedrin tomorrow on the pretext of wanting more accurate information about him. 21 Don’t give in to them, because more than forty of them are waiting in ambush for him. They have taken an oath not to eat or drink until they have killed him. They are ready now, waiting for your consent to their request.”

22 The commander dismissed the young man with this warning: “Don’t tell anyone that you have reported this to me.”
23 Then he called two of his centurions and ordered them, “Get ready a detachment of two hundred soldiers, seventy horsemen and two hundred spearmen[b] to go to Caesarea at nine tonight. 24 Provide horses for Paul so that he may be taken safely to Governor Felix.”

25 He wrote a letter as follows:

To His Excellency, Governor Felix:

27 This man was seized by the Jews and they were about to kill him, but I came with my troops and rescued him, for I had learned that he is a Roman citizen. 28 I wanted to know why they were accusing him, so I brought him to their Sanhedrin. 29 I found that the accusation had to do with questions about their law, but there was no charge against him that deserved death or imprisonment. 30 When I was informed of a plot to be carried out against the man, I sent him to you at once. I also ordered his accusers to present to you their case against him. 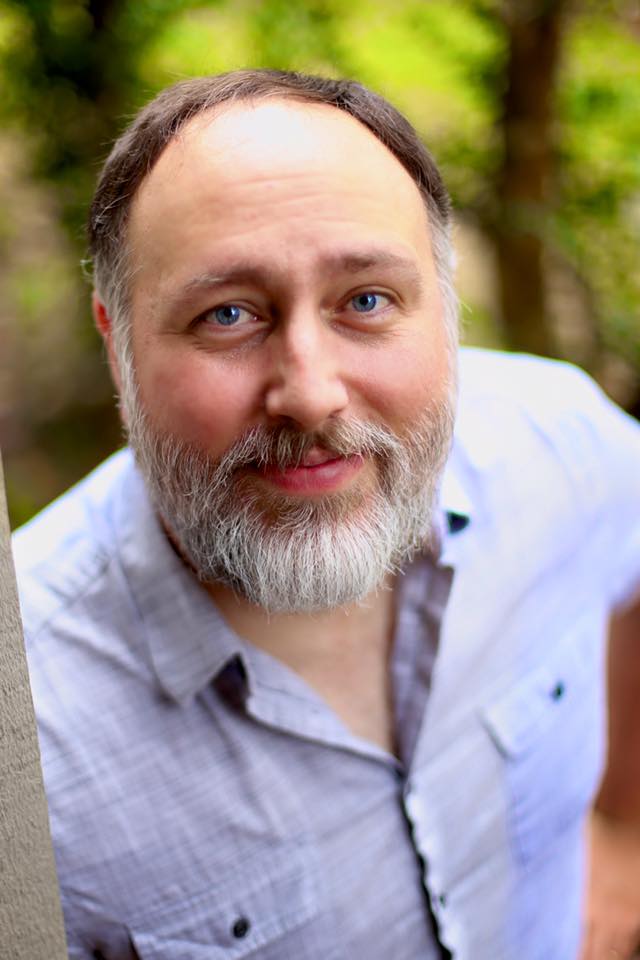 Claudius Lysias, the character who, in our show, is first seen as a centurion welcoming his friend Cornelius to Judea, and eventually advances to the rank of commander and then even higher in Rome; is played by the incredibly gifted Brian Gaukel. Brian is a tremendous talent, but even more he has a heart of gold. He’s also a multi-faceted man and has done so much for us, including shooting, editing, and posting the video interviews we’ve been sharing. Thanks, Brian. Brian shares this prayer:

What an honor and privelege it is to be able to serve You! Each person serving in this cast has been given incredible gifts-thank you for the opportunity to use them to make Your Name great! In our flesh, we are constantly trying to rely on ourselves. Give us all the wisdom and humility to surrender them to you, and rely on the true power that comes through your Spirit. Lord, there is so much yet to do to make this production happen. We ask to see your glory to make this something that will change lives forever.

Just as much as we know you will bless this production we know that Satan wants to deny its potential power. We aknowledge the spiritual battle and we pray that his plans to ruin this show are thwarted.

Finally we pray to see and hear from across the world, lives that have been changed by the message of this show. We all wait in eager expectation of how You will use this endeavor to bring the scriptures to life.

All praise, honor, and glory to you O God!
There IS power in Jesus’ Name.

31 So the soldiers, carrying out their orders, took Paul with them during the night and brought him as far as Antipatris. 32 The next day they let the cavalry go on with him, while they returned to the barracks. 33 When the cavalry arrived in Caesarea, they delivered the letter to the governor and handed Paul over to him. 34 The governor read the letter and asked what province he was from. Learning that he was from Cilicia, 35 he said, “I will hear your case when your accusers get here.” Then he ordered that Paul be kept under guard in Herod’s palace.