two of the three pictures are hank. the funny little picture in the bottom right of the screen is me. the other two are hank. on the wall, hank jr.

in the chair smiling tiredly into the screen, skyping with me, is hank the third.

here’s another shot of hank jr. 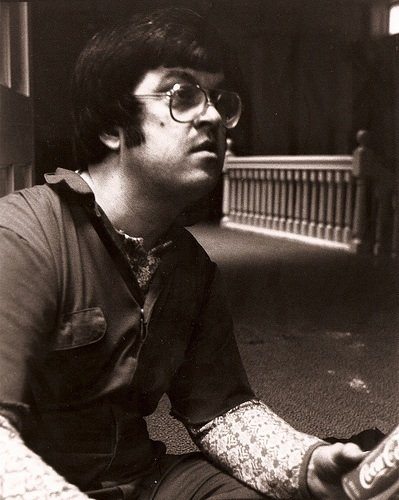 he was my teacher, then my mentor. then my friend. he was an original pied piper. really. his professor began a children’s theatre troop with just one other student and hank. he began teaching theatre at freed-hardeman and started pied pipers company 2. and directed i don’t know how many shows. i got to be in a few. and i was a piper. somewhere is a picture of me in a jump suit and a blouse. i’d show you but, alas, i can’t find that picture. i was wearing that jumpsuit and blouse when i met my wife for the first time. fetching.

but this picture i have to show you again:

hank jr. passed away in 1995. before he died he helped me start two troops of pipers; one in boston and one in new york city. and he directed a show i wrote and filmed. we saw the spinners together. he ate cold noodles with me. he hugged the walls of my apartment on 98th and broadway because long before i lived there, joe papp lived their. he hugged the wall in the hallway and said, ” i just want to absorb some of joe’s essence!”

he’s a theatre professor at university of oklahoma. OKLAHOMA! WHERE THE WIND COMES SWEEPING…

hank the third, son of my mentor. son of my friend. now friend of mine. and one of the leads in a show we’re doing this summer. 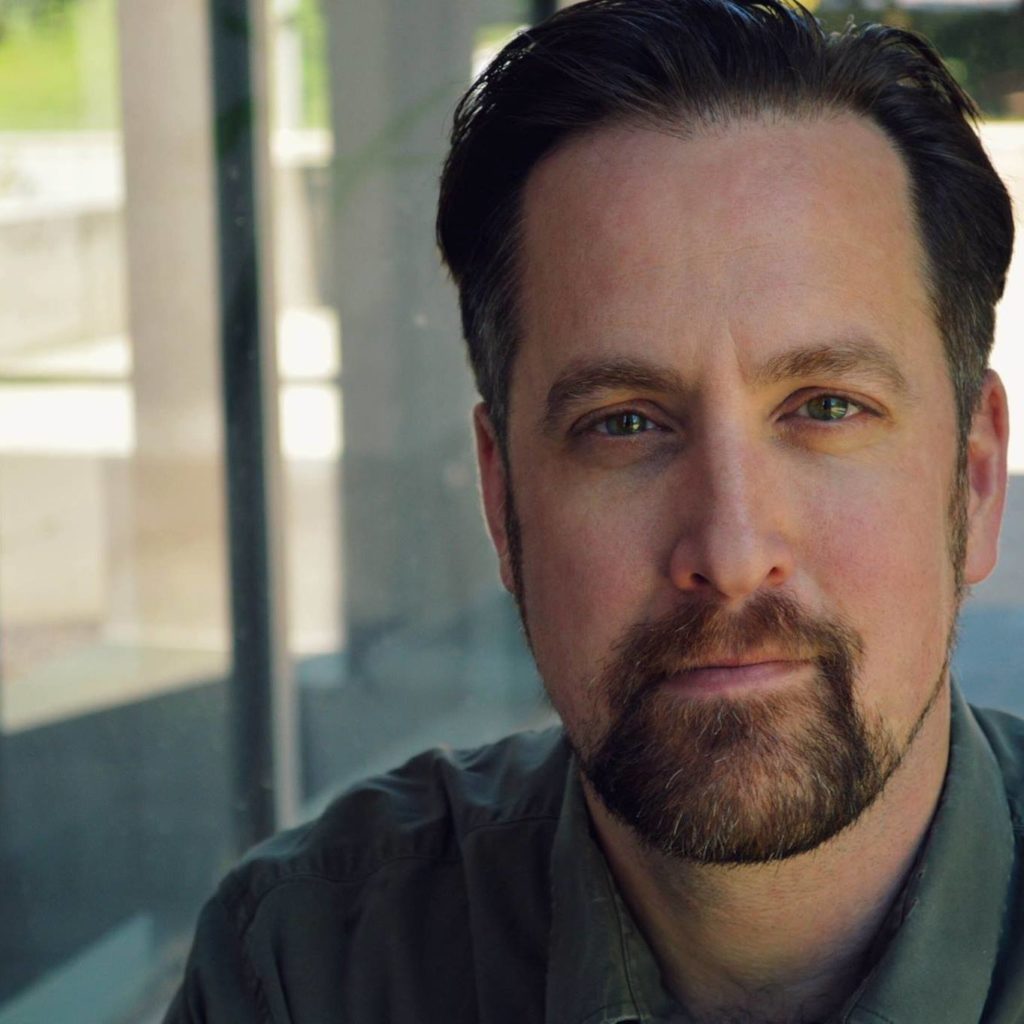 hank jr. had this thing about circles. he loved mime. he taught me mime. somewhere there’s a picture of me as a mime. funny, i can’t find that picture either.

but hank jr. did a mime about life being a circle. he taught it to bruce, his first mime student. here’s bruce now: 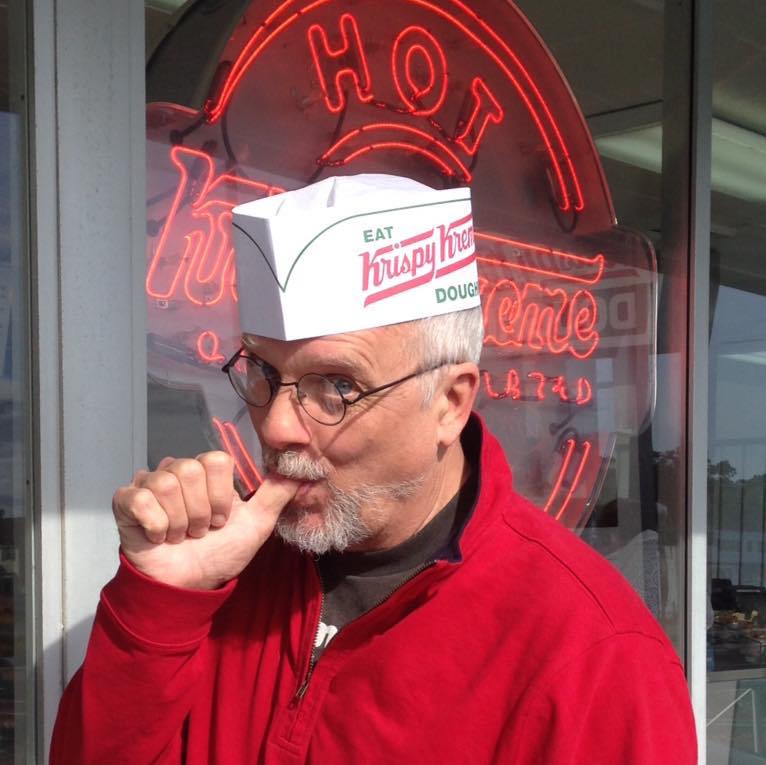 i don’t know if bruce is working at krispy at the moment. i hope so. he’s traveling the world in a winnebago like dr. bruce banner. but he’s a great actor. hank was first his mentor, then mine, then … so many after that. bruce was a piper, too. 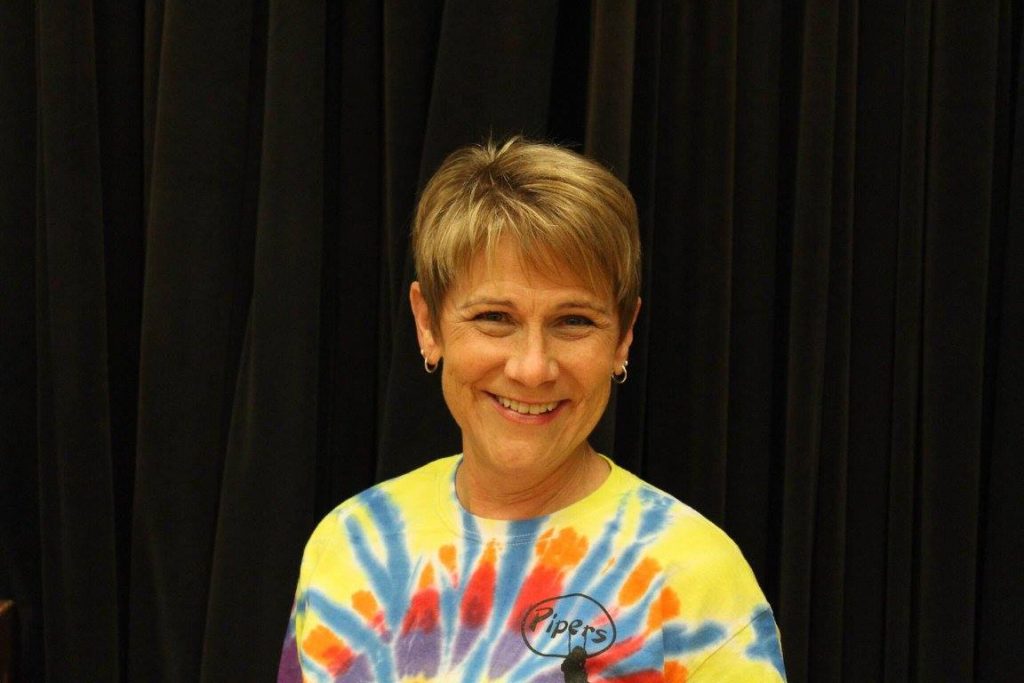 dottie has an amazing voice. and now she’s a theatre professor at harding university.

so now look at this picture one more time. it’s so amazing and wonderful and cool; so cool. hank jr. would snort when he laughed, say, ‘good honk!’ instead of good god! and wipe a tear from his eye and sigh and then say, ‘i’m not crying, i have this condition that makes my eyes water a lot…’  and he’d do his mimes for us. one was about a forgetful surgeon. but mostly he’d do circles. the cycle of life, from birth to death to birth to death… a baby born, grows up, buries their parents, has a baby and becomes a parent, watches his baby grow up and have babies, gets old; dies… circles. i talk to him nearly every day. i’ve never done anything on any stage i didn’t think of him. one day i’ll tell you again how he saved my wife’s life. i’ve told you before i’ll tell you again, some time, before i die. so please look at the picture again. one more time

hank jr. watching over his baby and me (in love if you know asl).

i’m not crying. i have this condition…