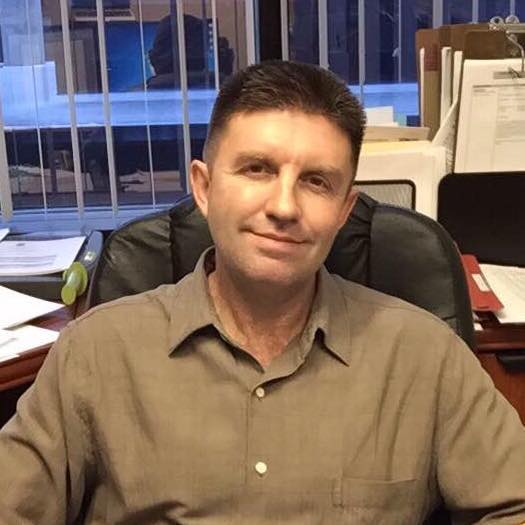 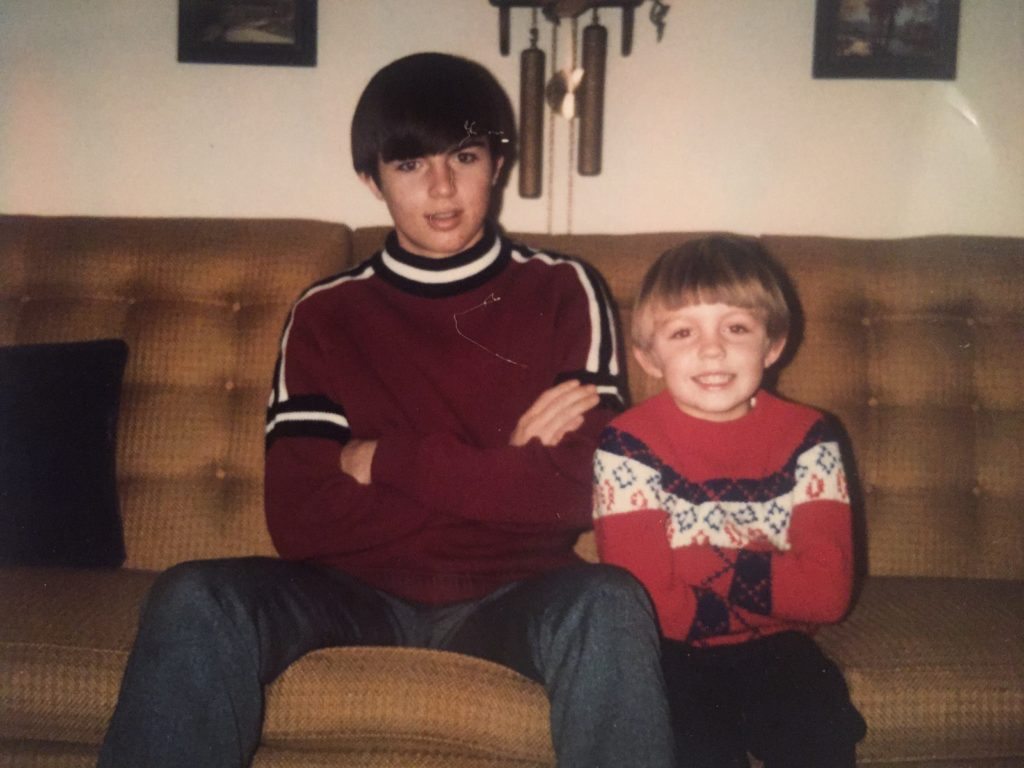 i got my driver’s license at 16 in illinois. i was a senior in high school and ready to get away from living at home as much as possible. phil was still a little thing. i remember giving him a ride in my car. the thing that makes me sad is that i only did it one time that i can remember. i took off. he grew up without a big brother. the 10 years difference in age and the hundreds of miles difference in where we lived separated us. it’s a divide i regret deeply. i look at these pictures and see what most anyone can see, a little man imitating a young man. 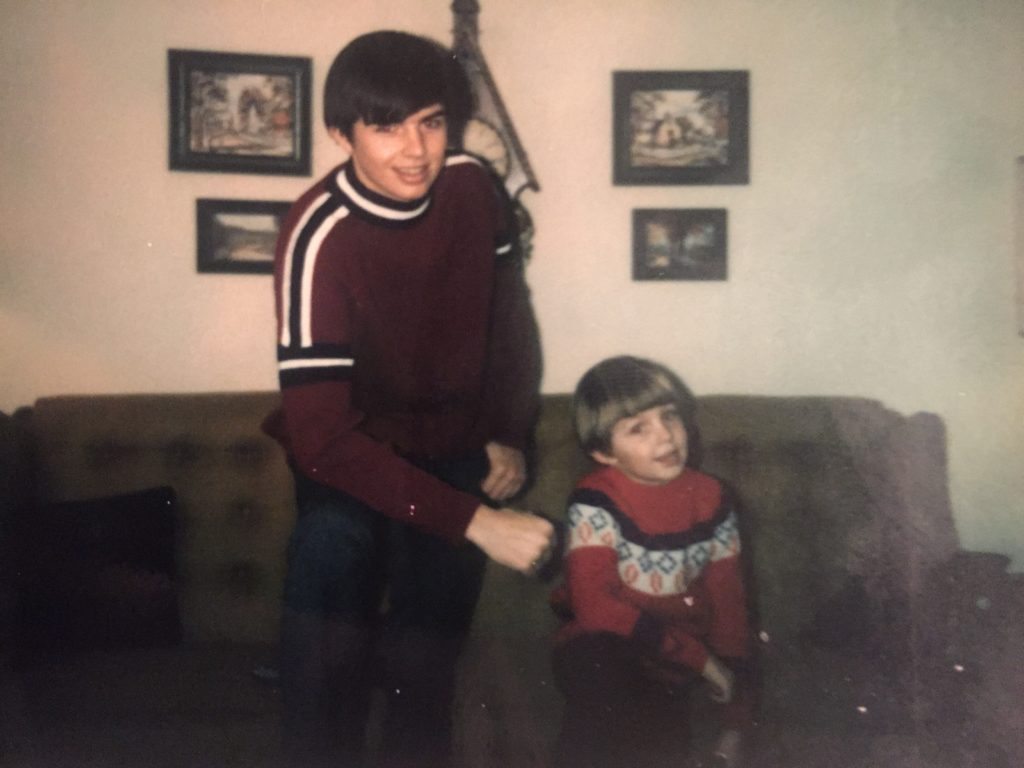 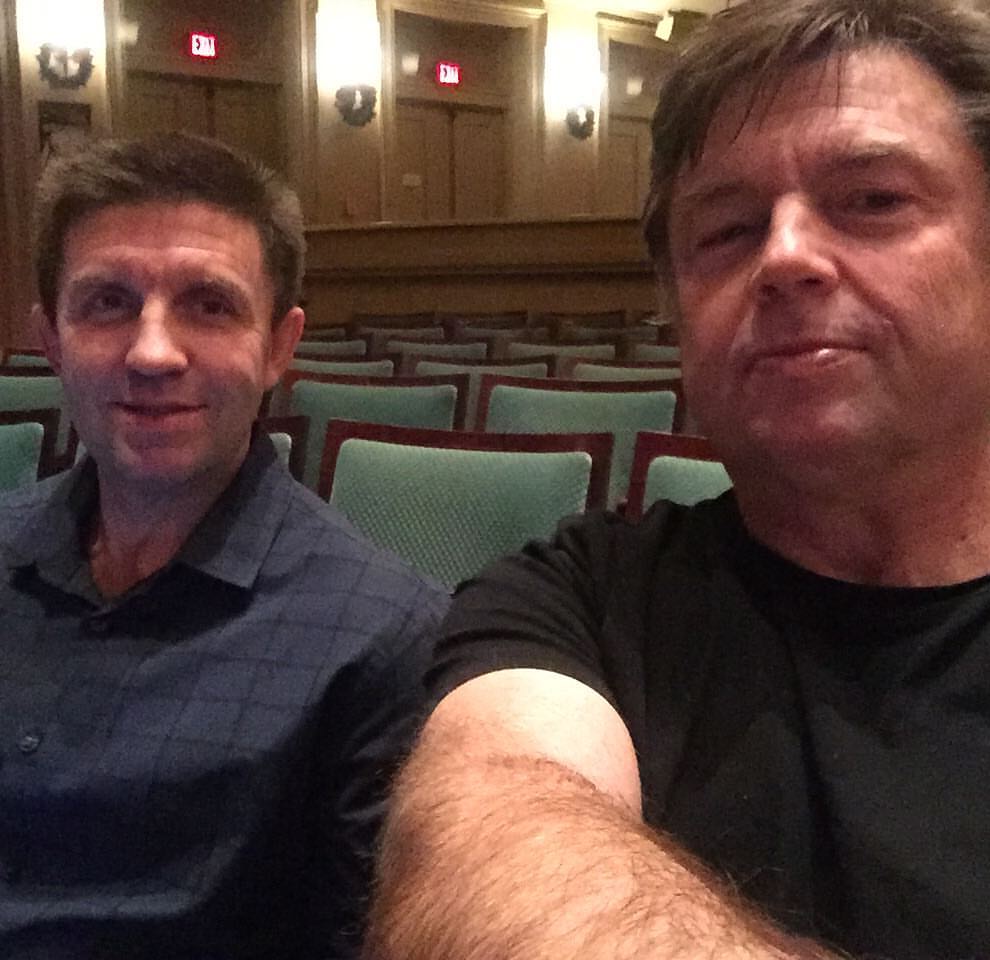 phil was especially close to his next oldest sister, jackie: 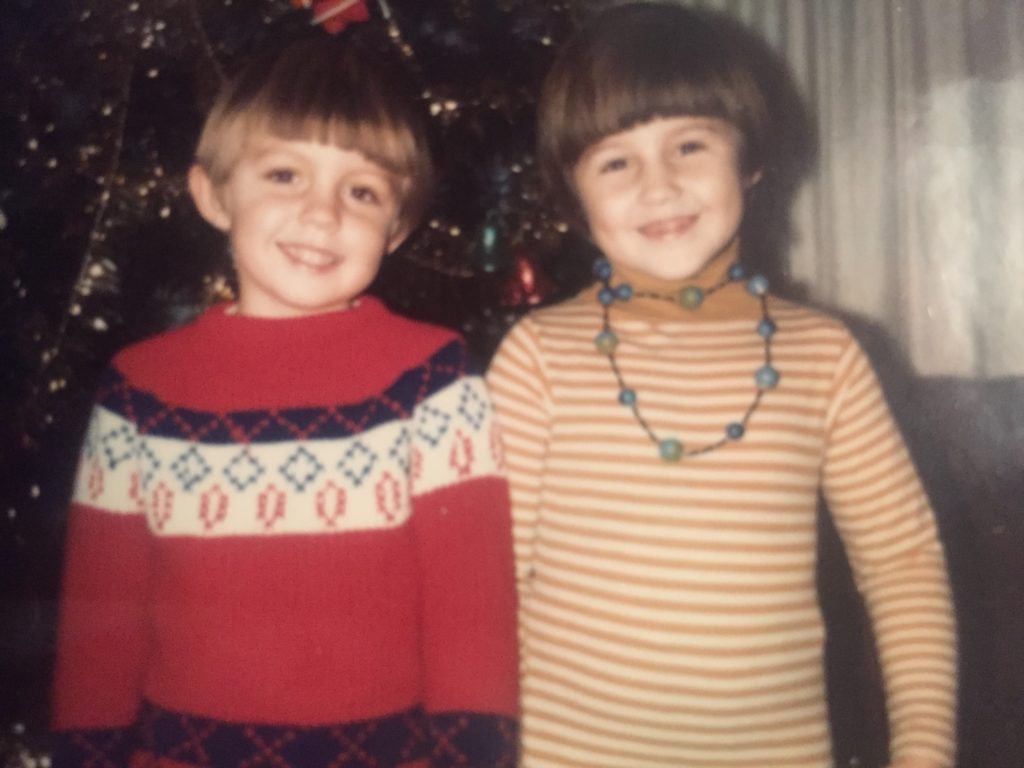 phil loved aunt ethel. aunt ethel lived with paw paw and maw maw. she was deaf since a very young age and had her own sign language with maw maw. she was sweet and kind, would scratch my back for hours with her calloused, wrinkled hands. but she loved phil especially and phil loved her. phil only lived in our old house by grandpa’s shack his first 18 months. but once, before he could walk, he crawled in his ‘sweet pea’ gown all the way, through the mud to see this lady: 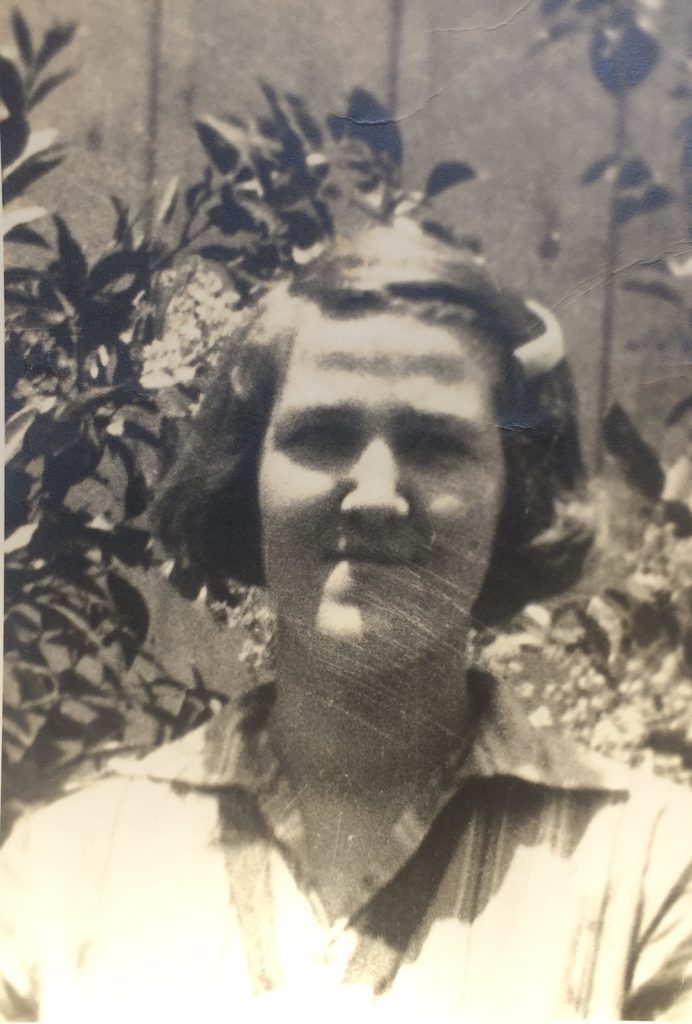 this was our house back then… 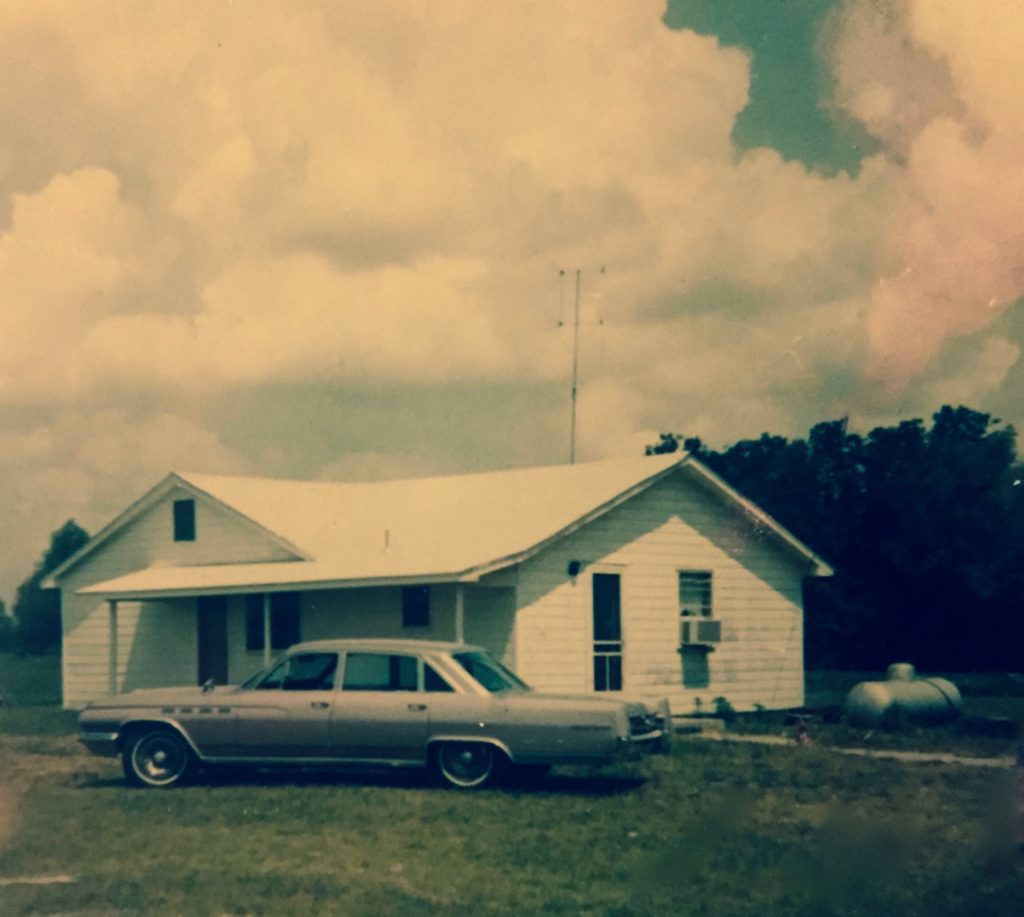 and this was our grandparents house just about 100 feet away… 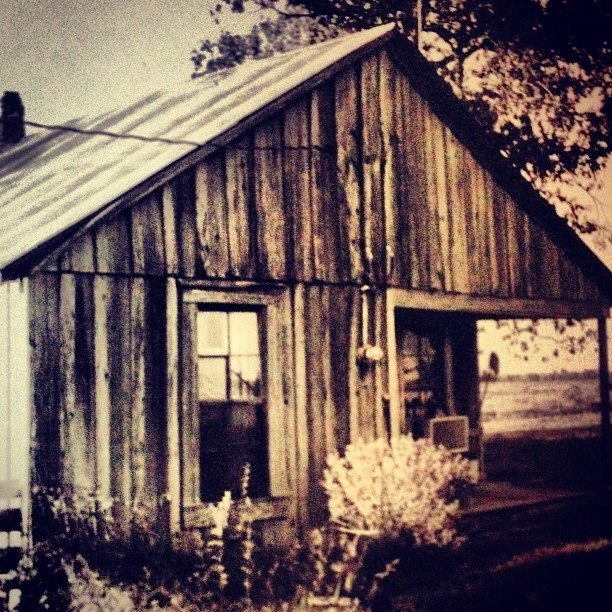 there are four of us in all, pam who is maybe the sweetest person on earth, jackie, phil and 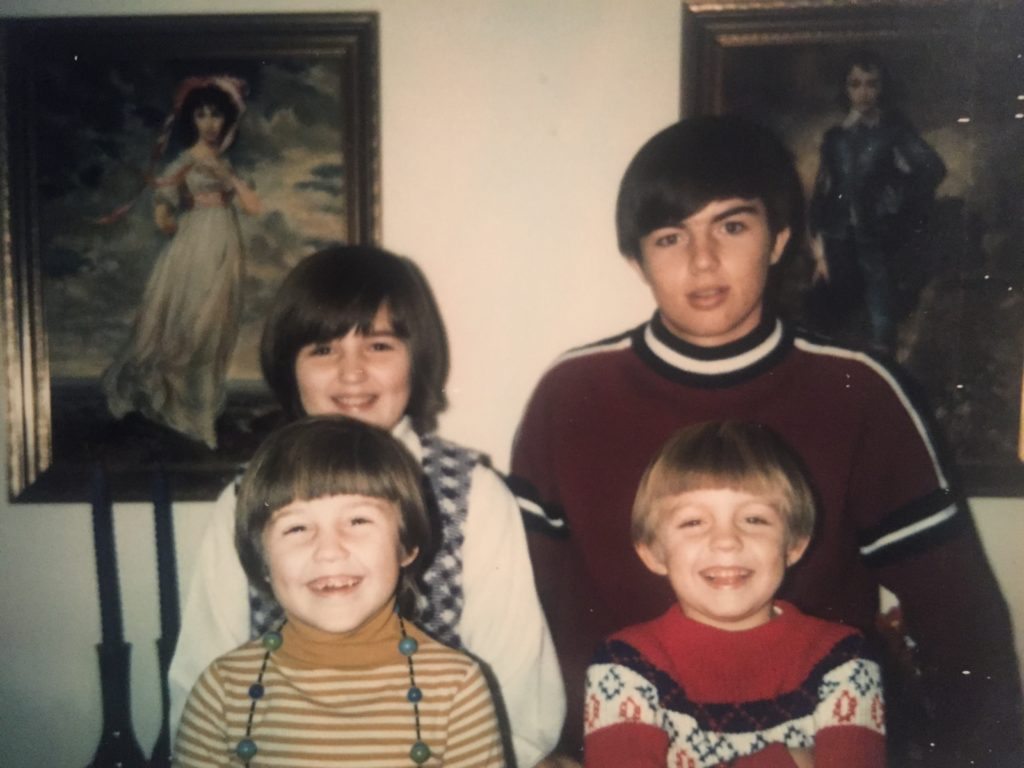 phil’s been a police officer for nearly 30 years now. he’s done so many different things since he started a career path i never imagined he would choose. he was top gun as a rookie and became a bicycle officer and taught cycling all over the u.s. to other law enforcement departments.

funny story. so lisa and i were at the movies watching “punch drunk love” and in this scene where adam sandler is on a pay phone…. i’ll explain some other time to you kids what a pay phone is… sandler’s character is on this pay phone in the streets of honolulu and there’s a parade going on and in the parade these bike cops come riding up and i lean to lisa and say, “that’s what phil does”, and within seconds i say, “and that’s phil!!!!”

phil has done a lot of things as a police officer, including my favorite:    phil rappelling

phil married lisa anne and has two adorable daughters. they battled cancer for over 8 years and then lisa anne had to say good bye. 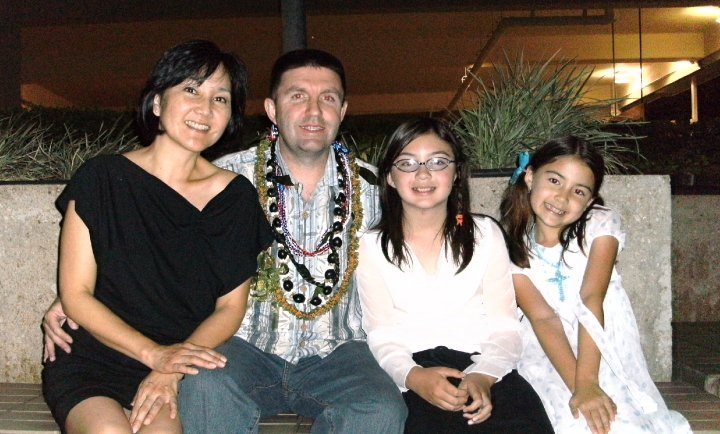 phil’s a great dad. he had to do a lot of it all alone, as he took care of his wife; and then all by himself. i’m sure he’d want me to mention how much ‘family’ there in oahu helped out. a more loving group you’d never find. but all in all, he was a single dad raising two adorable daughters. 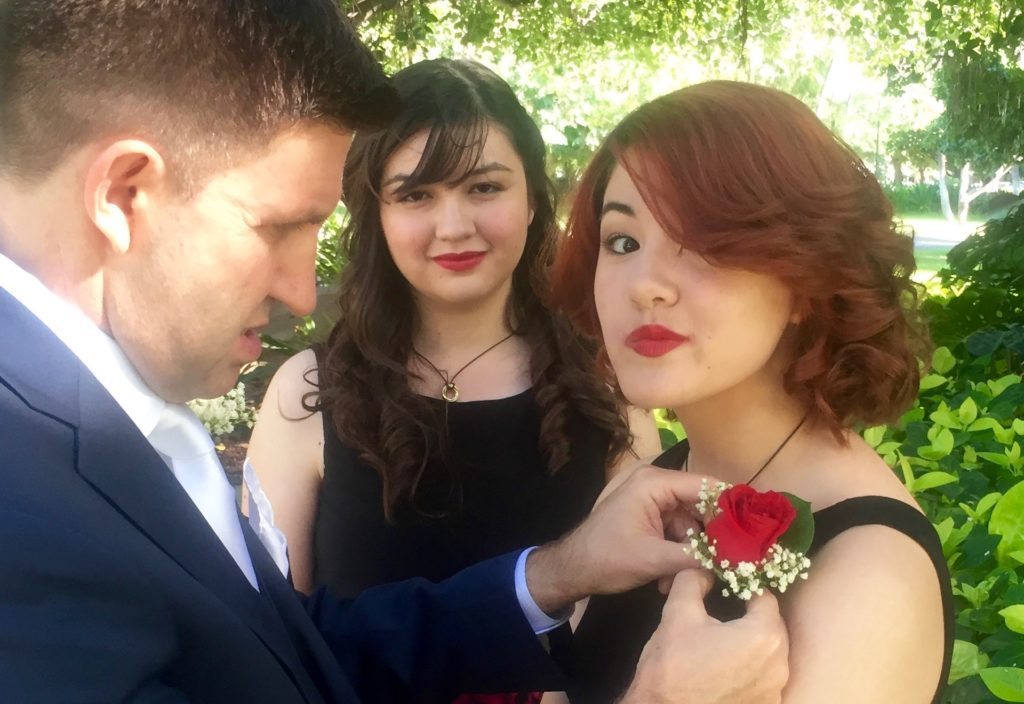 and now he’s doing something else; starting a new chapter, he met a wonderful lady that he and his daughters have all fallen in love with. and i’m happy cause we get to go to hawaii and celebrate their marriage. 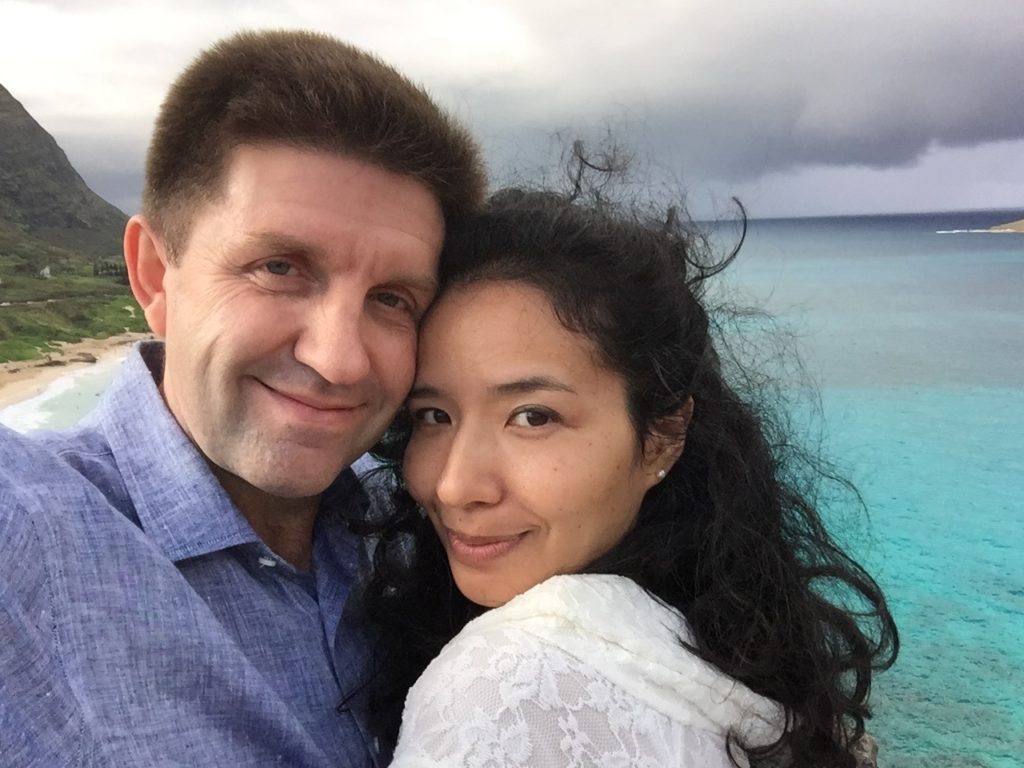 phil and erika are having a wedding for the family this week and we’re all going to be there.

and now, we’ve been there. 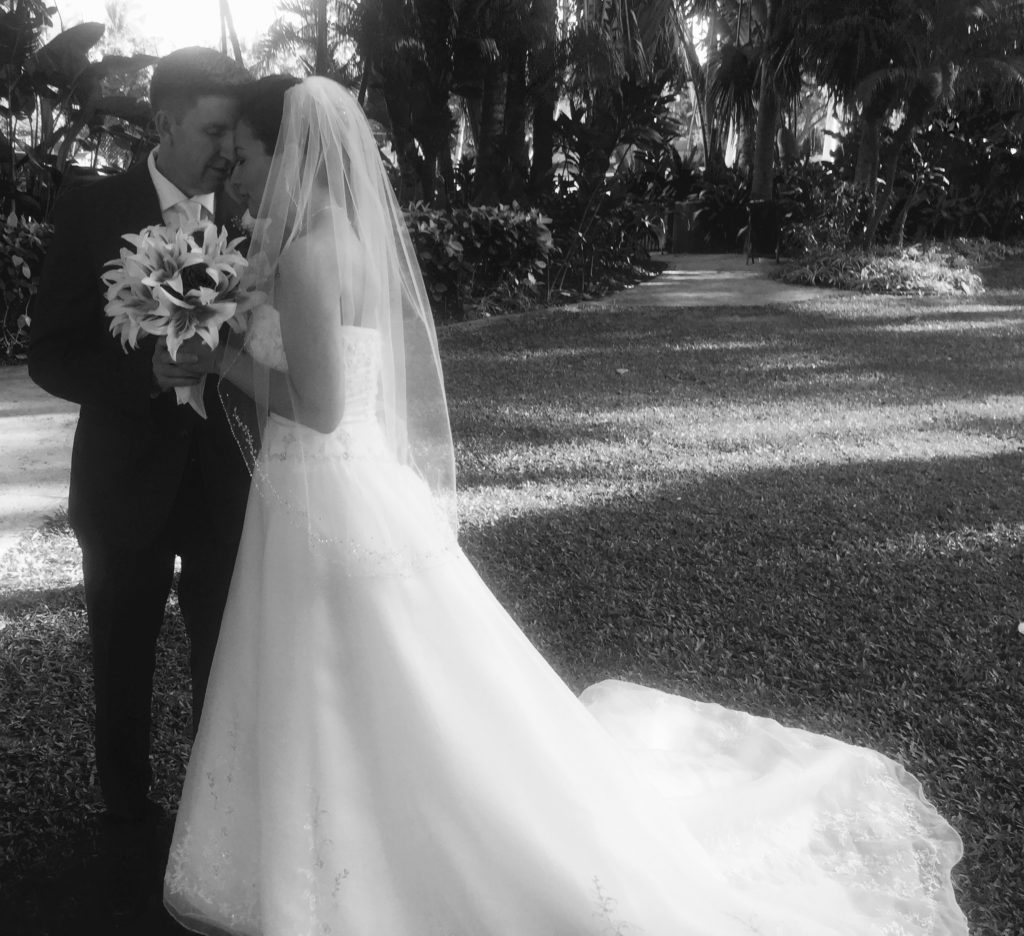 did i mention that i’m really proud of my little brother? 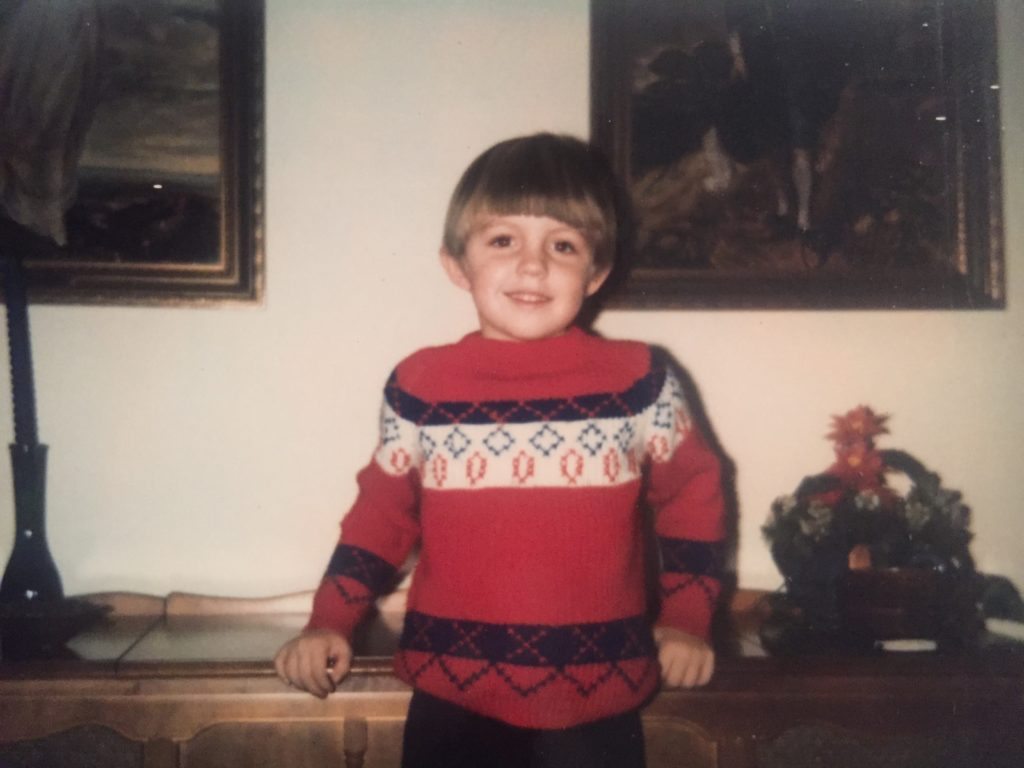