Nothing Compares to You (aka Dancing on the Ceiling)

Ok, I admit it. I’m sometimes stuck in the 80s. I really like Sinead O’Connor. Just listen to this voice

And, another ‘ok’… ok? Ok, the lyrics don’t really tie in to what I’m about to say, but the chorus does.

“Nothing compares to you.”

And it’s not that you’re unique, one of a kind, or that they broke the mold when they made you. They didn’t. We’re all out of some mold, maybe many molds. Genetic molds and cultural molds and moldy molds… we’re all related and most of us similar in more ways than we’re different.

But we only get to BE us! We can be sympathized and empathized; imitated and amalgamated, but we are born and we die and all that happens in the middle is OUR once in OUR lifetime.

We spend too much time comparing ourselves to others.

We’re too fat, we’re too thin, we’re not pretty enough, we’re not rich enough, our stuff isn’t as cool as ‘their’ stuff, or their vacation was cooler than our vacation; their Facebook page has more ‘likes’ than our’s. Our life SUCKS compared to their’s. “I wish I was that lucky! I wish I had that opportunity! I wish I had that face… that body… that bank account…” Lives spent wishing we were living somebody else’s life.

Coulda, woulda, shoulda… the sad thing is, a lot of us don’t do the things we’re really good at because we don’t think we can do it as well as somebody else.

Vincent van Gogh… he thought he was a lousy artist. And why wouldn’t he? He never sold a painting in his lifetime, except to his brother. But just imagine the world without Starry Night.

Or Fred Astaire. On his screen-test report card some studio underling wrote “Can’t act, slightly bald; can dance a little.” But that didn’t stop him from becoming one of the greatest box office attractions ever. Gene Kelly would say that “the history of dance on film begins with Fred Astair”. Glad he didn’t take report cards seriously. Would Lionel Richie have ever sung “Dancing on the Ceiling” if he hadn’t first seen Fred do it?

Emily Dickinson didn’t want her works published. Franz Kafka burned most of his writings. Christopher Plummer hated “Sound of Music” because he thought he was terrible. All because they compared themselves, their work or their ideas to somebody else’s.

And these are the famous people who slogged along to immortality in spite of self doubt and feeling really lousy when they compared themselves to others. What about all the people who never did what they wanted to do because they didn’t think they were good enough?

Here’s a picture of the work ‘they’ never did: 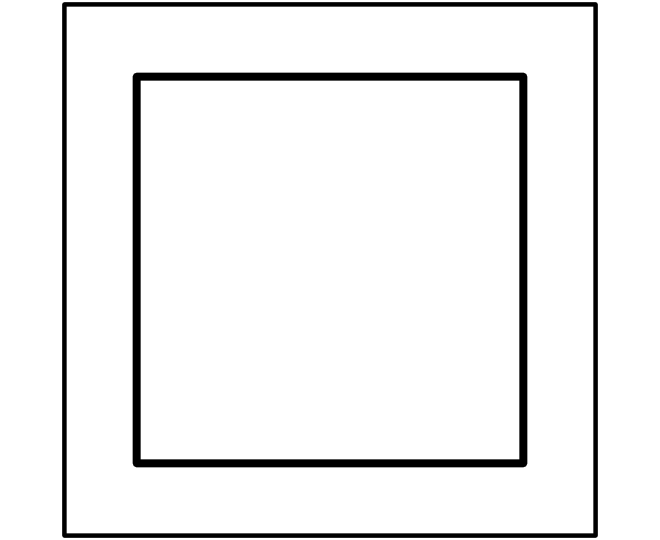 Ira Glass has a lot of popular quotes but my favorite is what he says about creative people quitting because we have great taste. You start out doing art, or writing, or whatever, because you have a knack and appreciation for it; but along with that comes really snooty tastes. And beginners aren’t always Mozart. Beginners usually have a learning curve that can be discouraging when you’re starting out. Because we’re comparing ourselves to the greats. And like I said, many of the greats had to fight through their doubts and just march on and do what they loved anyway. If doing what we love makes us happy, and we want to be happy, maybe we shouldn’t compare ourselves to other people.

Surprise; the bible has said that for 2000 years.

… in Galatians 6 beginning with verse 3 … If anyone thinks they are something when they are not, they deceive themselves. Each one should test their own actions. Then they can take pride in themselves alone, without comparing themselves to someone else…

Yes, the bible says, DON’T COMPARE YOURSELF TO OTHERS …

And elsewhere it says DON’T COMPARE YOURSELF TO YOURSELF …

… 2 Corinthians 10:12 We wouldn’t put ourselves in the same class with or compare ourselves to those who are bold enough to make their own recommendations. Certainly, when they measure themselves by themselves and compare themselves to themselves, they show how foolish they are.

If you want me to be myself and be happy and not compare myself to others, or to myself, what am I to do?

Here’s a real simple idea found in the gospel of John, chapter 13…

It was just before the Passover Festival. Jesus knew that the hour had come for him to leave this world and go to the Father. Having loved his own who were in the world, he loved them to the end.
The evening meal was in progress, and the devil had already prompted Judas, the son of Simon Iscariot, to betray Jesus. Jesus knew that the Father had put all things under his power, and that he had come from God and was returning to God; so he got up from the meal, took off his outer clothing, and wrapped a towel around his waist. After that, he poured water into a basin and began to wash his disciples’ feet, drying them with the towel that was wrapped around him.
He came to Simon Peter, who said to him, “Lord, are you going to wash my feet?”
Jesus replied, “You do not realize now what I am doing, but later you will understand.”
“No,” said Peter, “you shall never wash my feet.”
Jesus answered, “Unless I wash you, you have no part with me.”
“Then, Lord,” Simon Peter replied, “not just my feet but my hands and my head as well!”
Jesus answered, “Those who have had a bath need only to wash their feet; their whole body is clean. And you are clean, though not every one of you.” For he knew who was going to betray him, and that was why he said not every one was clean. (Spoiler alert: Judas Iscariot).
When he had finished washing their feet, he put on his clothes and returned to his place. “Do you understand what I have done for you?” he asked them. “You call me ‘Teacher’ and ‘Lord,’ and rightly so, for that is what I am. Now that I, your Lord and Teacher, have washed your feet, you also should wash one another’s feet. I have set you an example that you should do as I have done for you. Very truly I tell you, no servant is greater than his master, nor is a messenger greater than the one who sent him. Now that you know these things, you will be blessed if you do them.

The secret to happiness is to COMPARE YOURSELF WITH CHRIST.

What? You think that doesn’t help? Consider this:

When Jesus got on his knees and washed feet he was doing a job reserved for slaves, or women. Over and over you see Jesus elevating mankind by lowering himself, and then saying we’d be blessed if we would do the same.

2) In washing feet he demonstrates that if we’re humble we can do anything we want… without embarrassment, without shame.

3) And he proves that there’s a HUGE difference between being a people pleaser or a people server.

Give yourself the gift of a purpose in life and compare yourself to Christ.  Why not aim at the best and when you fall short, big deal, only the son of God ever batted 1000 and they crucified him.

Give yourself the gift of a thankful heart and compare yourself with Christ. Can you think of Jesus and not be thankful?

Give yourself the gift of a daily goal and compare yourself with Christ. You’ll know what you’re going to do all day the night before when you go to sleep.

And maybe more than anything, give the world a gift and give everybody in it a big break, by not comparing them to you, or you to them…

Me? I haven’t done everything I want to do yet and maybe there’s still time. I’m never going to dunk a basketball or write like a genius or ride a motorcycle like the pros…

… but who knows? I can still talk, write, ride… like me! All I know is that anybody who looks at my life and thinks I’ve got it going on… well you’re right… I do. But I ain’t trying all that hard. And you need to stop looking at my life. Get your own.

You need to start dancing on the ceiling!